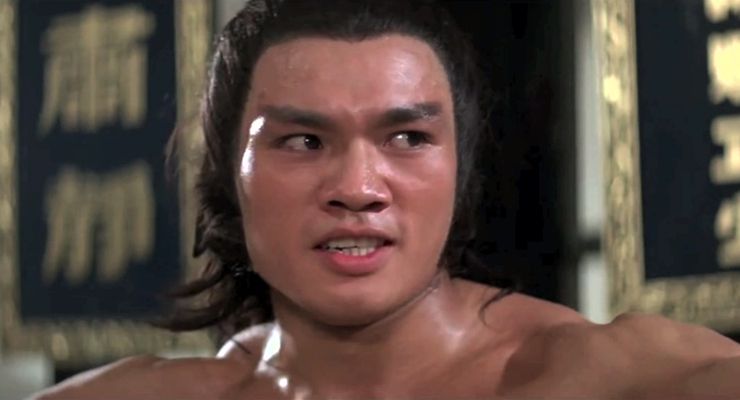 This contest is over.

1. Download the clip from the link provided
2. Upload the clip with your own version of the dubbing (original dub script below) to the contest page at ShawBrothersUniverse on Facebook
3. You do not have to stick strictly to the script. If you would like to add different words or sounds for fight effects, you may. Just keep it fun, light, and in the spirit of the film.
4. Encourage your friends to vote! The video with the most votes at the end of the contest wins!
5. Questions? Email celestialshawuniverse@gmail.com
6. Prizes include a free 2-week subscription to Hulu Plus, an DVD collection of the One-Armed Swordsman Trilogy autographed by Ti Lung, and original posters from Shaw Brothers Classic films

Script:
Good Plan.
Who thought of this one?
Trouble is, I have no weak spot. So it won’t work!
I’m sorry.
Try something else.

It’s number two. Snake. So it was your idea!

The Scorpion! So, he’s here as well. But where? But WHERE?