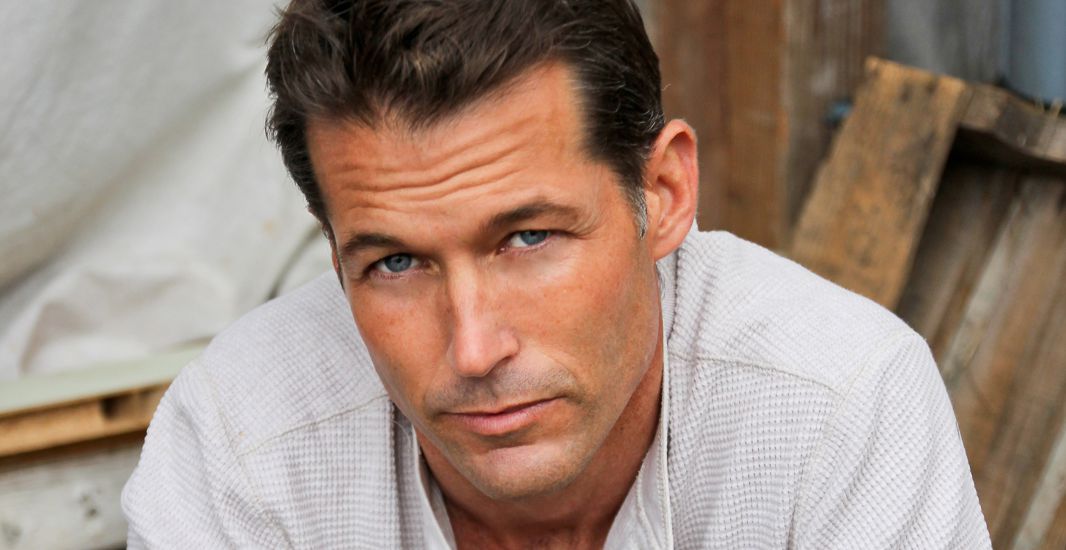 Being a stunt coordinator and fight choreographer, I am often approached by martial artists who are interested in making the transition to the entertainment industry. The first question I am usually asked is “How did I get started?” Although I would love to give them an exact recipe for my success, it isn’t that simple. I could of course talk about my years of training and dedication to perfecting my martial arts skills…or my commitment to learning stunt skills from my action mentors…but where is really began from me was as a child where my imagination was dominated by movies and television shows. There are many specific shows that inspired me, but what they all had in common were amazing Heroes. Whether science fiction, fantasy, martial arts, or any other genre…I loved watching heroes defeat villains. James Bond, Robin Hood, Captain Kirk, King Arthur, Flash Gordon, Luke Skywalker, and the list could go on and on. I guess I was just one of those lucky people who never grew up. I am still motivated by these heroic stories and I am blessed to have transformed this passion into my livelihood.

I have been fortunate to actually meet and work with many of the actors who have portrayed such heroes in films and television productions. One such man is Zen Gesner, who played Sinbad in the series The Adventures of Sinbad. Like many fantasy/adventure series, this show was filled with action. I asked Zen to give me some insights into what an actor faces when taking on such a physically demanding role.

MARK GROVE – Did you ever formally study martial arts (eastern or western) before the role of Sinbad?

ZEN GESNER – As many from my generation did, I grew up reading Martial Arts Magazines, and collected a number of books about Karate because I, along with probably the entire world at the time, loved Bruce Lee and his movies. I was never formally trained, but as I was training as an actor in London in my early 20’s, one of my best friends was skilled in Jujitsu and I learned a lot from sparring with him. I quickly gained enormous respect for the martial arts, and in many ways found similarities between European blade training and the different styles I have since encountered in Eastern martial arts.

MARK – Interesting, tell me how you were able to make those comparisons.

ZEN – The time I was training on The Adventures of Sinbad with amazing stunt coordinators Steve Lucescu and John Stead. I had the opportunity to bring different styles of martial arts into each episode as Sinbad traveled from one foreign land to another. This coupled with the blade-work made this one of the best jobs I’ve ever had the pleasure of working on.

MARK GROVE – Are there any choreographers/instructors that were really influential in training you? 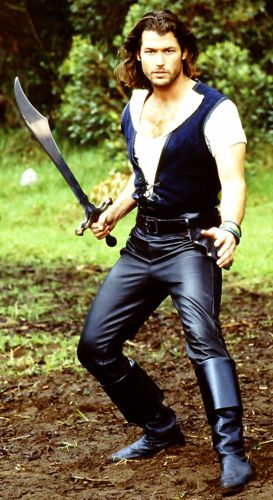 ZEN GESNER – As for training, I’d have to say that I owe a lot of my initial blade training to my father, who raised me around sabers. When I was young, he taught me the basics of attack and defense. Then, through my 3 years of training at LAMDA (London Academy of Music and Dramatic Art), I learned many different styles of fight choreography from some of the best British fight directors at the time: John Waller, Rodney Cottier, Mike Loades, and earned an advanced degree in fight from the Academy of British Fight Directors under the eye of fight master, William Hobbs. John Waller and Rodney Cottier were huge influences in my fight education, and they taught me the nuances of period combat through the ages. All of that knowledge is extremely valuable when trying to recreate a fight from a specific period, in order to make it truthful to the time and place of the action, and give the illusion of absolute reality…without actually drawing blood. After graduation, I moved back to the states and studied blade-work with acclaimed fight director, Dan Speaker and his wife Jan Bryant.

MARK – I am close friends with Dan and Jan, They coordinated action on a film I directed recently. So you probably got cast as Sinbad because of your familiarity with blade work.

ZEN – When The Adventures of Sinbad landed, I was actually cast in the role before anyone ever asked about whether or not I had any experience with blades. Of course, all of my prior training made my time working with Steve Lucescu and John Stead a blast on set as we were able to push the envelope with every fight scene we did. Through the years with Sinbad, Steve and John were inspirational and taught me to not only make the fights exciting, but also safe, as we were choreographing 2 to 3 fights a day. Safety is vital when working 14 to 16 hours a day during a 6 day work week, you have to learn to pace yourself otherwise you end up endangering yourself and others. 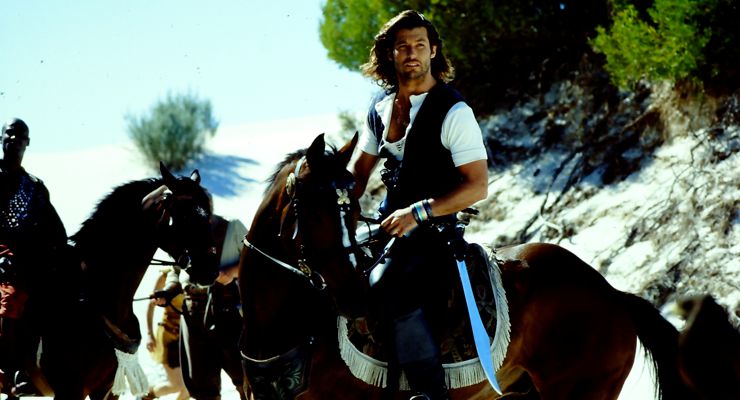 MARK GROVE– Beyond Sinbad, you’ve played many types of characters in your career – Has any of the action knowledge you’ve gained been useful in non-action roles?

ZEN GESNER – For me, movement and action is an important element to every character I’ve been fortunate to play.It was through my time at drama school that I discovered how important movement was to finding a real connection to the character I was bringing to life. One memory I have that was a revelation of the importance of action to my craft, was when I was playing a character in the Anton Chekhov play, The Cherry Orchard, and I was just having a tough time finding the soul of the character I was playing. It was actually during a performance of it, that I accidentally lost my footing during a scene where I was carrying heavy luggage through a doorway, and ended up tripping into a pile of furniture that almost brought down the entire set. When the dust cleared, the audience was laughing uncontrollably and it suddenly hit me that this guy I was playing was a complete klutz. Totally accident prone. From that point on, every scene had different action in it that eventually helped me define who that character was. Not just a klutz with movement, but also with the manner in which he spoke. Bingo! Action and movement is now a part of every role, no matter how large or small that action is…but it’s there if you’re looking for it.

MARK – What is the most dangerous action you’ve performed in a scene?

ZEN – Well, the most dangerous action I’ve performed in a scene…that’s a tough one. I’ve done so much blade work, that I don’t feel that counts as dangerous anymore. I’d probably have to say that jousting from horseback with a sword against another horse and rider would count as one of the most dangerous moments, because horses can be a little unpredictable and you never know when they may spook and either charge into the approaching horse, or stop completely and throw you off onto your blade. I was trained in college to blow fire, so I ended up doing that in a few episodes, but because of the training, that felt comfortable to me.

MARK GROVE – So you’ve had some very unique training. How important do you feel it is for an actor to be able to perform their own fights/stunts?

ZEN GESNER- I used to believe that when able, you should do all your own stunts…until around the 22nd episode of Sinbad, when physical exhaustion started creeping in and I started getting concerned that I might miss a hit, jump, fall, swing, and end up either badly injured or cause the same to someone else. I started listening more to my stunt team and less to my pride, and when there was something that I really didn’t need to put myself (or anyone else) at risk for, I’d let my extremely talented stunt-double have a shot at it. I had the pleasure of meeting Douglas Fairbanks Jr. before shooting the 1st season of Sinbad, and he went on record as doing all his own stunt-work in his portrayal of Sinbad. I’ve always had enormous respect for that, and for Burt Lancaster (The Crimson Pirate) who also did all of his own stunt work. Nowadays, the bar is so high in regards to stunt work, I feel that unless you can prove you’ve got what it takes to really pull it off, you should leave the extreme stunts to the pros. They’ll make you look good in the end! Respect your stunt team!

MARK – Thanks, I don’t hear that comment often enough. With that said, any desire to do more action-related movies?

ZEN – I’m always looking for the next opportunity to stretch myself as an actor and as a performer. Action has always been a very important part of my work, and I’m constantly exploring new ways to either participate in action related projects, or create new ones where I can push the envelope in areas that interest me with people and stunt teams that I respect and may be able to collaborate with. I believe there is an upcoming opportunity to work on an exciting new project from your neck of the woods, and I can’t wait to start bringing that one to life. It’s always amazing to work with someone who’s devoted his whole life to the study of martial arts, stunt work, and fight choreography. I feel that working with you, Mark, would teach me so much, and I’m looking forward to it. Can’t actually say what “it” is yet, as the production is being put together and must remain secret until the details are figured out, but it’s bound to be just what we’re talking about. Exciting, new, breathtaking action that you’ve never seen before. Stay tuned.

MARK GROVE – That’s true, I do indeed have some great projects that you would be a great addition to. You ready to pick up your sword again?

ZEN GESNER – Definitely. It’s important to keep in shape for these opportunities, as they may happen at any time and you don’t want to risk injury through lack of conditioning. So, I work out every day, and go through my practice routines to stay as sharp as I can be so that I’m ready for the next hit, parry, lunge, or fall.

I will interview more and more actors, stunt coordinators, martial arts icons, and many other people who have insights into what it takes to work in the world of action entertainment. Like the martial arts masters of old, you will always find wisdom through their experiences. Train hard and stay focused on the goal. – Mark Grove