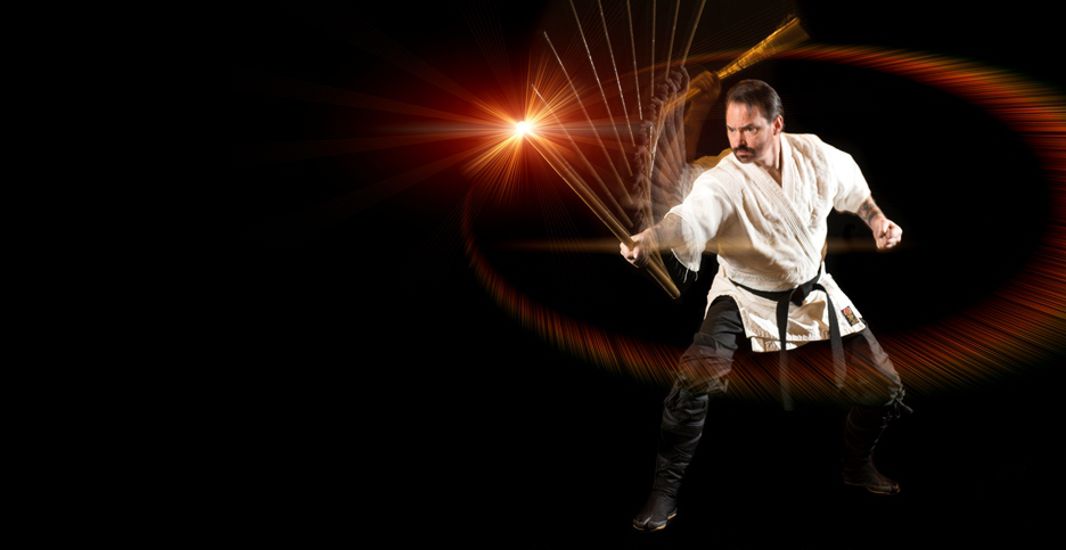 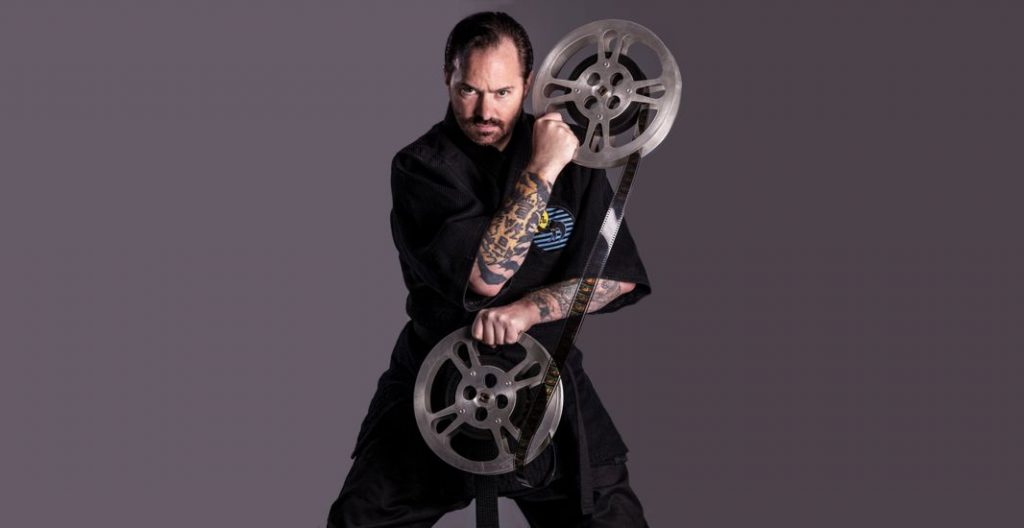 Japanese Ki, Chinese Chi or Qi, Korean Gi, Hindu Prana, Tibetan Lung, and Polynesian Mana. These are all terms that reference what is known as Internal Power, Life Force, Energy Flow, or even Magical Aura. Whatever we call it, it’s obvious that since the earliest civilizations, man has had a fascination with the unseen power that dwells deep within every living thing.

It’s this desire to understand and tap into this power that has led virtually every culture to develop methods to better understand how these seemingly mystical energies came to exist and how they can be accessed, controlled, and employed. Most the time this search for truth becomes intertwined with religion because the very concept of unseen energy is often associated with divine power. But is it divine power bestowed by the gods to devout followers? Or is it simply part of the natural process of existence? Or perhaps it’s an untapped power within our very brains that we have not learned to access to its full potential? Whatever the case, almost every traditional martial arts system has arts or philosophies that serve as an important part of unifying the Body, Mind and Spirit of the warrior.

NINJA MYSTICISM
In the art of Ninjutsu we practice the Kuji-Ho, which makes use of Ketsu-in (finger weaving), Jumon (incantations), and Kanso (visualization) to invoke a variety of spiritual energies that a heighten awareness, focus the mind, promote healing, project and receive thoughts, and free the spirit to leave the body to travel through time and space. But do I believe the method I practice is the only road to spiritual power. No. There are many paths, but only one destination.

Now that we have identified that these skills have a basis in reality, we can move on to what this article is really about. How filmmakers have given these abilities form using them in visual mediums such as video games, films, and television shows.

CLASSIC ASIAN MARTIAL ARTS FILMS
These types of hyper-natural skills are evident in many Chinese and Japanese films with characters that have the ability to employ amazing leaps, fly, deliver strikes that blast opponents backwards with amazing force, or be able to condition their bodies to resist extreme physical stress. Since the knowledge that these skills exist is an accepted component of their respective cultures, so Chinese and Japanese films rarely explain why their character can perform these feats…they just can. Thus, when watching “Crouching Tiger, Hidden Dragon” or “Ruruoni Kenshin”, we simply enjoy the amazing spectacle of the action rather than trying to rationally explain how they are able to do it.

THE ENERGY THAT BINDS THE UNIVERSE TOGETHER
Many mainstream films have tried to tap into the concept that certain characters have internal powers that can be used for both good and evil. The most popular incarnation of this can be seen with “The Force” as seen in the Star Wars films. Telekinesis, enhanced physical abilities, telepathy, electro-kenesis… these are all abilities that seemingly stem from arduous physical and mental training in a Jedi or Sith order. Regardless of which side of the force one was on, it was evident that the power of each were comparable… invoking the thought that there is a “Balance” to be maintained… a perfect way to acknowledge the light and darkness that exists within all of us.

LET MORTAL KOMBAT BEGIN…AGAIN!
In the original 1995 Mortal Kombat we saw many of the characters employ fighting moves that defied gravity as well as methods of projecting various forms of energy at their opponents…but the main villain, Shang Tsung, played by actor Cary-Hiroyuki Tagawa provided a monumental villain who used his dark spiritual energy to absorb the souls of vanquished warriors to further empower himself. It is at this point that we must realize, without a villain of this caliber, heroes would be far less heroic. Proof that he played his character to perfection lies in the fact that Cary-Hiroyuki Tagawa returned in the upcoming second season of the web series Mortal Kombat: Legacy, starring action film star Michael Jai White. Again we get to see extreme feats of skill and powerful mystical energies, but this time they are integrated into a grittier version of the franchise by visionary director Kevin Tancharoen.

CHAOS IN CHINATOWN
One film that holds a special place in my heart is the cult hit Big trouble in Little China, which successfully pulled characters living in a mundane world into a mysterious Chinese sub-culture where mysticism and magic are commonplace. The immortal villain Lo Pan, ancient curses, sorcery, and the amazing “Three Storms” (Thunder, Rain, and Lightning). This film also had what I would consider to be among the best fight scenes ever filmed between the Chang Sing and Wing Kong gangs in the back alleys of Chinatown. Although it had a comedic take on the subject, it did a great job illustrating spiritual energy given form. 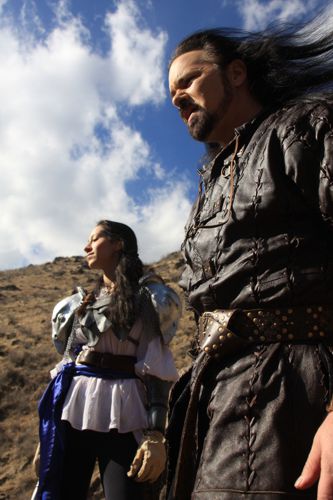 I too have always been enamored by the thought of giving spiritual energy physical form. In the Late 80’s I began writing a novel I called The Adventurers of Arkayne. In this story I had a group of knight-like characters that wielded what I called the “Craft”. Nine chapters complete, the story went unfinished for years. But after I entered the film business and sold my first screenplay in 1994, I pulled out this old work and began toying with the idea or transforming it into a screenplay. In 2008 I did just that. Gathering of Heroes: Legend of the Seven Swords was born. I had no significant money to shoot this film, but I was determined to shoot it anyway. I had a great partner, a solid support team and a group of young actors and stunt performers eager to work on a project. Without proper financing, one would think that shooting a complex fantasy epic like this would be impossible. I don’t believe in the impossible, only the goal.

THE CORE OF THE STORY
The story is quite in-depth and has many colorful characters, castles, exotic creatures, and yes…Dragons…nine different Dragons. But at its heart, The story is about the struggle of two men known as Ebony Knights. Jeris (Sam Del Rio) and Ghar (Mark Steven Grove) both possess the ability to draw upon their life force to summon up a glowing energy that empowers their hands and weapons…this is the Craft. Aligned with an evil dark elf queen, Jeris seeks to use his power to acquire an ancient artifact known as the “Shield of the Dead”. Ghar, summoned by the wise and powerful Oracle to join with six other heroes, seeks to use his power to help them stop Jeris from unleashing an undead plague across the land.

THE POWER FROM WITHIN
To effectively tell this story, I had to decide how this “craft” would be demonstrated visually. In my mind I saw a purplish glow, reminiscent of a black light, surrounding the limbs of the warrior. Once I saw the first concept drawings, I knew this was indeed the look I wanted. I brought in my friend and veteran actor Martin Kove (Karate Kid I-III, Rambo) to play spirit of Galaron, the ancient leader of the Ebony Knights.

DESIGNING THE ACTION
Now that the look of the energy had been established, I now had to decide how it would be demonstrated physically. Since the film takes place in a medieval fantasy world, I did not want to over-emphasize Asian martial arts, but with my background I knew it was inevitable that they would surface in the choreography. However, I also knew that to simply fight with a glow around the characters limbs and weapons would not be enough either. Time for a healthy dose of stunt action using wire effects to propel actors into superhuman leaps during combat or use them to pull actors abruptly to amplify powerful impacts.

THE X-FACTOR
These films and others like them will continue to be made. Our fascination with characters that have powers beyond those of normal humans is not just a trend in the entertainment industry, it is an integral part of who we are as a race. The desire to fly, to cast spells, to climb like a spider, to control others with our minds… all of these abilities explain why superhero films are becoming so popular. It’s not just our love of comic books…it’s the thought that we have the potential to be more than we currently are. 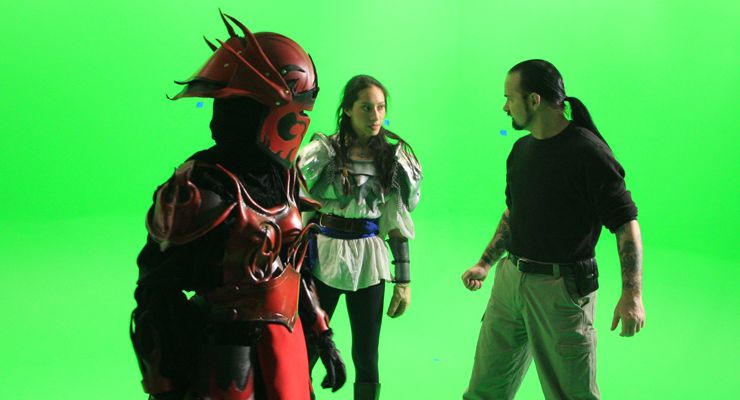 YOUR MISSION…SHOULD YOU CHOOSE TO ACCEPT IT
If you are one of my readers who would like to work as an actor or stunt performer, this information is very valuable. It shows that although the viewing audience may appreciate your martial arts skills, they would probably appreciate them a bit more if they were enhanced to a superhuman level. But how do you accomplish this feat? Easy…training.

EMBARKING ON YOUR WIRE EFFECTS TRAINING
If you train at a facility with high ceilings with access to I-beams, you can connect a simple pulley system that will allow you to begin practicing the fundamentals of wire-related stunts. Simple support rigs, like those found in gymnastics facilities are used to “spot” a performer as they practice aerial moves. Stunt rigs are a bit more complex because they are set up to send the performer into more extreme and sometimes unnatural maneuvers. Both gymnastic and stunt rigs will use dual wires attached to a “Spreader” bar. In effect, the wires attached to the performers hips travel up to a bar above them at an outward angle so their limbs cannot get entangled during maneuvers. The spreader bar can be attached directly to a ceiling, or the bar can hang independently. Unlike gymnastics, stunts can also make use of a single wire attached to the body in a variety of ways that will allow the performer to be yanked mercilessly to simulate being hit with magic force, gusts of wind, shotgun blasts, psychic bolts or any other type of powerful energy. 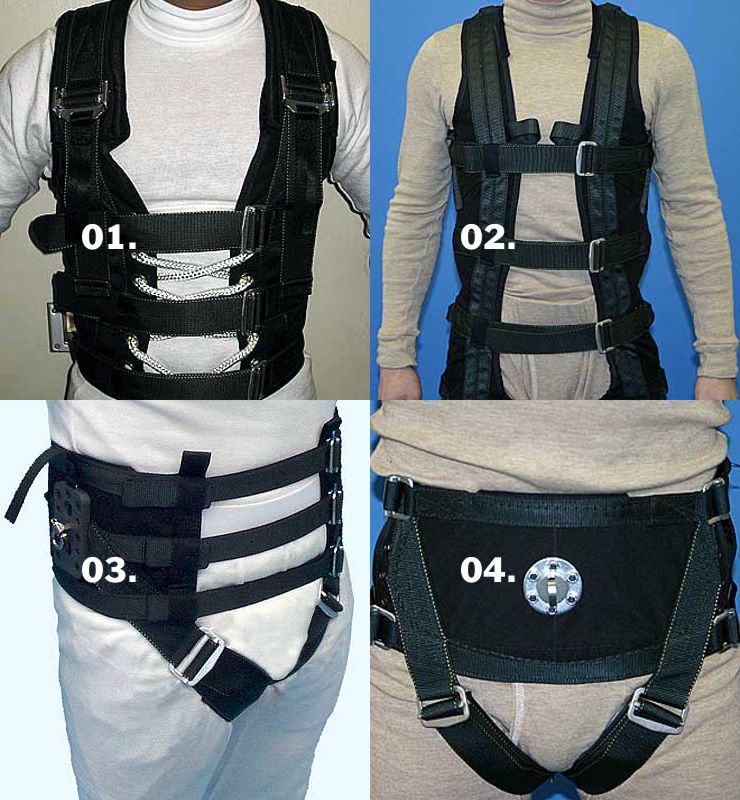 PREPARING FOR BATTLE
But as with all training, having the proper gear is key. All action performers should have their own custom-fit harnesses. These can be obtained from companies like AMSPEC (www.ampecinc.com). A “Jerk” harness can have up to 13 pick points and is the optimum solution for ratchet pulls, hanging rigs, foot snares, vertical leaps, linear jumps, and other such gags. A “Flying” harness is equipped with swivel pick points on the hips so that the performer can execute aerial flips. A “Cartwheel” harness has swivel pick points in the front and back to allow sideways rotations through the air. There are many other pieces of equipment such as; Ankle and wrist straps, stirrups, quick release straps, and so on that can be added to a harness system to allow for more options.

In the next installment of Get Your Career in Action I will show a step by step process for creating a stationary wire pull, a locked off wire effect using momentum to create a simulated impact, and a trick photography sequence using a mini tramp to perform a superhuman leap.

Until then, remember that anything that allows you to combine your physical skills with an external apparatus that enhances them is valid training. Trampoline, mini tramp, foam pits, wire rigs, Russian swings, trapeze, silks or anything of that type that will lead to a higher level of body control and spatial awareness. Good luck – Mark Steven Grove