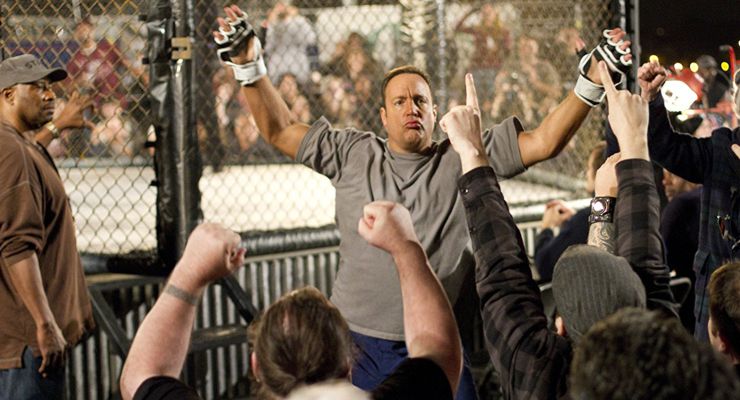 Here Comes the Boom (2012) is about a high school biology teacher looking to become a successful mixed-martial arts fighter in an effort to raise money to prevent extra-curricular activities from being axed at his cash-strapped school.

Sony Pictures will be making another MMA movie starring Kevin James as a physics teacher who attempts to provide the desperately needed funds for his high school by moonlighting in the octagon as a mixed martial arts fighter. The movie has not been named  but is due for production next near. (Read December Press Release)