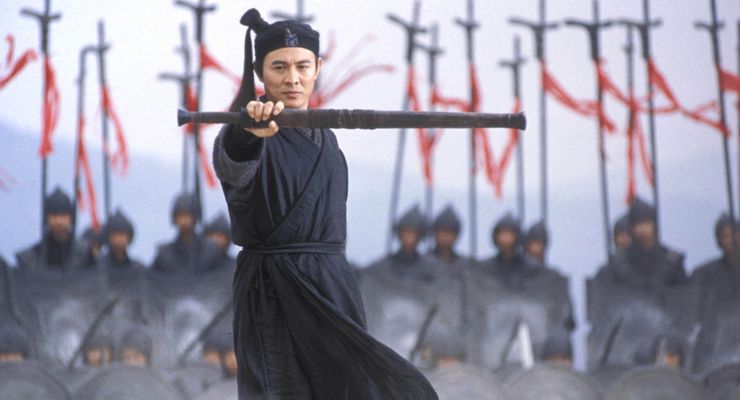 Hero (2002) takes place during the height of China’s Warring States period. During this time period, the country was divided into seven kingdoms: Qin, Zhao, Han Wei, Yan, Chu and Qi. For years, the separate kingdoms fought ruthlessly for supremacy. As a result, the populace endureddecades of death and suffering. The Kingdom of Qin was the most determined of all. The Qin King was obsessedwith conquering all of China and becoming her first Emperor. He had long been the target of assassins throughout the other six states. Of all the would-be killers, none inspired as much fear as the three legendary assassins, Broken Sword, Snow and Sky.To anyone who defeated the three assassins, the King of Qin promised great power, mountains of gold and a private audience with the King himself. But defeating the killers is a near impossible task. For ten years no one came close toclaiming the prize–that is until Nameless, a solitary ranger with a mysterious past, steps out of the shadows looking for a showdown. Starring: Jet Li, Maggie Cheung, Tony Leung, Donnie Yen, Chen Daoming, Zhang Ziyi
Directed: by Zhang Yimou Made in China, 2003.