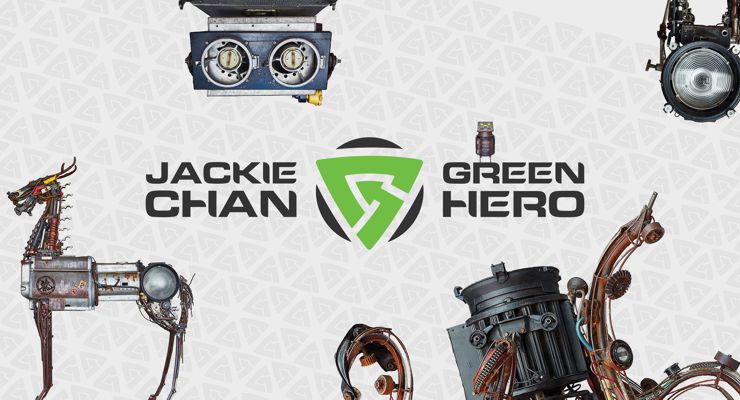 Jackie Chan Green Hero Exhibit at The Leonardo Museum centers around one of his lifelong passions to help clean up the environment. The Jackie Chan: Green Heroes Art Exhibition will be at The Leonardo Museum in Salt Lake City, Utah, from January 26 – April 28, 2019. The exhibition is a collection of artwork made from Jackie’s old props and filming equipment; using the concept of recycling, re-using, and re-designing things that we think is ‘rubbish’ and turning it into unique pieces of artwork.

Filmmaker and actor Jackie Chan and his creative team are partnering with The Leonardo Museum on the creation of a new exhibit, Jackie Chan Green Hero Exhibit, that promotes sustainability and global environmental awareness. On the set of dozens of movies, Jackie Chan noticed the enormous waste created when making his films. In an effort to make a difference, Jackie began commissioning artists to repurpose the waste materials into a series of sculptures that were extremely imaginative. The Leonardo Museum in Salt Lake City, Utah is excited to host this one of a kind collection alongside the story of how this film superstar transformed into a Green Hero who wants all of us to be Green Heroes too!