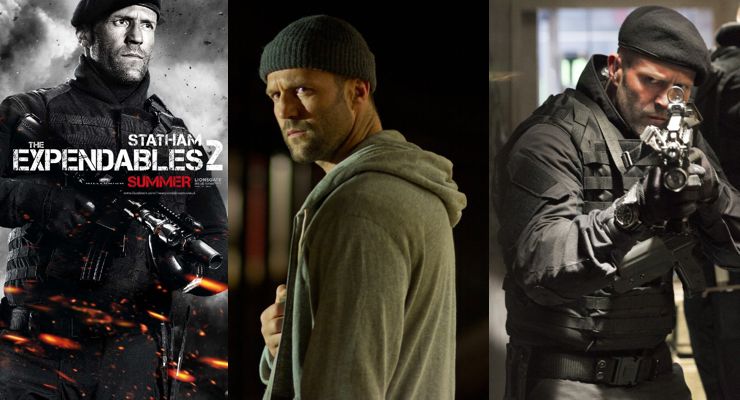 Jason Statham is an martial artist, English actor and was a champion diver. He was born in Shirebrook, Derbyshire on July 26, 1967. Jason was born into a family of “entertainers” and his father introduced him to “street theater”  the Brits fancy way of talking about “street hustling”. He sold knock-off products to unsuspecting tourists. His mother, Eileen (Yates) was actually a dancer and his father, Barry Statham was a lounge singer after his day job as a street merchant. His “street theater” training gave Jason Statham his break into the film industry. According to Jason, “It’s all about the show you put on. The people need to be entertained to buy”.

Jason Statham excelled in sports and in other diverse areas of life. In 1992, as a diver on the British National Diving Team, he finished 12th in the World Championships. He has been a fashion model, a black market salesman, selling fake perfume and jewelry on street corners, and is a famous action actor.

His debut role as Bacon in Lock, Stock and Two Smoking Barrels (1998) came through French Connection, the agency for which he modeled. French Connection became a major investor in the film and the modeling agency and introduced Jason to Guy Ritchie Mr. Richie invited Jason to audition for a part in the film by challenging him to impersonate an illegal street vendor and convince him to purchase fake jewelery, which Jason already excelled at. Of course, Jason was convincing, and he got the part. Lock, Stock and Two Smoking Barrels (1998) was a success and so Jason teamed up with Guy Ritchie once again for Snatch. (2000), which co-stared Brad Pitt, Dennis Farina and Benicio Del Toro. After Snatch. (2000) he starred in Turn It Up (2000) with US music star Ja Rule, and this was followed by a supporting role in the Sci-Fi film Ghosts of Mars (2001), Jet Li’s The One (2001) and a second screen partnership with Vinnie Jones in Mean Machine (2001) under Guy Ritchie’s and Matthew Vaughn‘s SKA Films.

Jason is not just a actor. He likes to perform his own stunts and stage combat as well, and he is well typecast as the antihero. He also does voice-over and did the voice-over as Sgt. Waters in the video game Call of Duty.

Jason Statham is well trained in mixed martial arts and is an expert in kickboxing and jujitsu. He has also studied wing chun. His favorite sport is cage fighting and he has considered fighting in the UFC. He has stated “That is by far my favorite sport, the only thing that holds my attention. I go to all the matches. I respect those guys above all other athletes. They are the ultimate.”