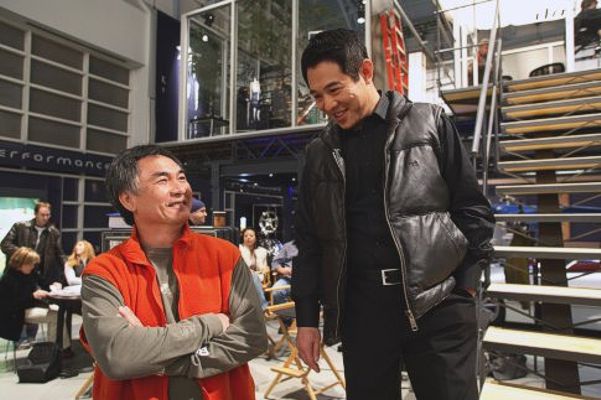 Corey Yuen [Corey Yuen Kwai and Yuen Kwai] was born Ying Gang-ming in Hong Kong, China on February 15, 1951. He is a Hong Kong action director, film director, producer and action choreographer. He was a member of the Peking Opera School’s China Drama Academy along with his friends Jackie Chan, Sammo Hung and Biao Yuen. Corey was also one of the Seven Little Fortunes. Corey Yuen, like other students of the China Drama Academy, adopted his master’s, Sifu Yu Jim Yuen, given name “Yuen” as his family name. In the 1970’s, during the “chop socky” era, Corey appeared as an extra in Hong Kong action films.

Corey Yuen became one of the top action directors both in Hong Kong and in the United States. He made his Hong Kong directorial debut in the film Ninja in the Dragon’s Den (1982), with Hiroyuki Sanada, Conan Lee and Jung-Lee Hwang. In June 1985, Yuen made his American directorial debut with the film No Retreat, No Surrender (1986). No Retreat, No Surrender (1986) was the film that debuted Jean-Claude Van Damme. Corey Yuen has worked with most of Hong Kong’s top stars at one time or another. He was instrumental in starting the careers of Michelle Yeoh and Cynthia Rothrock in the film Yes, Madam (1985). He directed All for the Winner (1990), the film that launched Stephen Chow as a star. Corey Yuen directed Top Bet (1991) starring Anita Mui. He has also directed Jackie Chan with Sammo Hung in the film Dragons Forever (1988) and directed Anita Mui, Andy Lau and Aaron Kwok in Saviour of the Soul (1991).

When Jet Li became a star in American theaters beginning with 1998 film Lethal Weapon 4, Corey Yuen’s action direction also gained recognition in the West. Yuen worked in the 2000 blockbuster X-Men as an action director, and Yuen would also choreograph the martial arts and action sequences in six of Jet Li’s other American films: Romeo Must Die (2000), Kiss of the Dragon (2001), The One (2001), Cradle 2 the Grave (2003), War (2007), and The Expendables (2010).

Corey Yuen directed The Transporter (2002) and So Close (2002). He did not to return to direct Transporter 2 (2005), but he was the fight choreographer and second unit director and his team of stuntmen and martial artists are featured in the film.

Corey Yuen’s style of action is not as distinct as that of other Hong Kong action directors like Woo-ping Yuen and Siu-tung Ching, but Yuen’s style is noted for its speed, creativity, and higher emphasis on offence. One distinguishing ability of Yuen’s is his ability to mix hand to hand combat and gun fighting, two styles not often seen together successfully in Hong Kong action films.