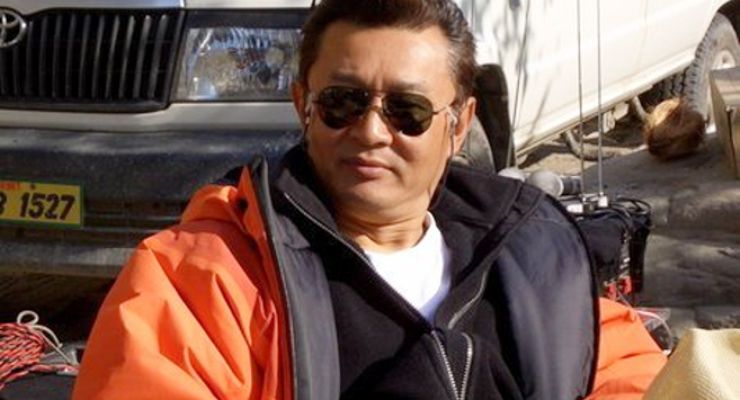 Siu-Tung Ching or Tony Ching is a Hong Kong action choreographer, actor, film director and producer. He has directed over 20 films, including the critically acclaimed supernatural fantasy A Chinese Ghost Story (1987). In 1999 Ching produced the spectacular song L’Âme-Stram-Gram recorded by the French star, singer Mylène Farmer, at a cost of $1,352,450.00.

Siu-Tung Ching’s father, Ching Gong, was a Shaw Brothers Studio director who sent Siu-Tung Ching to train at the Peking Opera school when Siu-Tung was a child. Putting his training to use, he began acting and teaching martial arts, working in Hong Kong action cinema in the 1960s and 1970s. He made his directorial debut with the ground-breaking wuxia classic Duel to the Death (1983) starring Damian Lau and Norman Chu.

Ching worked with producer Tsui Hark and directed the Hong Kong romantic comedy horror film, A Chinese Ghost Story (1987), starring Leslie Cheung, Joey Wong, and Wu Ma, which became an international sensation. Tsui Hark always took all the acolades, but Ching continued to work with Tsui Hark anyway, and he directed sequels to A Chinese Ghost Story in 1990 and 1991. He co-directed all three parts of the Swordsman series, beginning in 1990. In 1992 he directed the highly successful Royal Tramp films which starred Stephen Chow and Brigitte Lin.

Siu-Tung Ching continued his role as action director and choreographer and has worked in that role on high-profile international successes including Shaolin Soccer (2001), Hero (2002), and House of Flying Daggers (2004).

In both 2002 and 2003, Siu-Tung Ching was nominated for Best Action Choreography at the Hong Kong Film Awards. He won in 2003 for his work on Hero (2002). Also in 2003, he made his American film debut directing Steven Seagal in the feature Belly of the Beast (2003), which went straight to video. In 2006, he won a Filmfare Best Action Award and Zee Cine Award for his choreography used in the action scenes in the Indian superhero film Krrish (2006).

Ching directed another Chinese historical drama An Empress and the Warriors (2008), and was also the action choreographer for the film. The film stars Kelly Chen, Donnie Yen and Leon Lai.