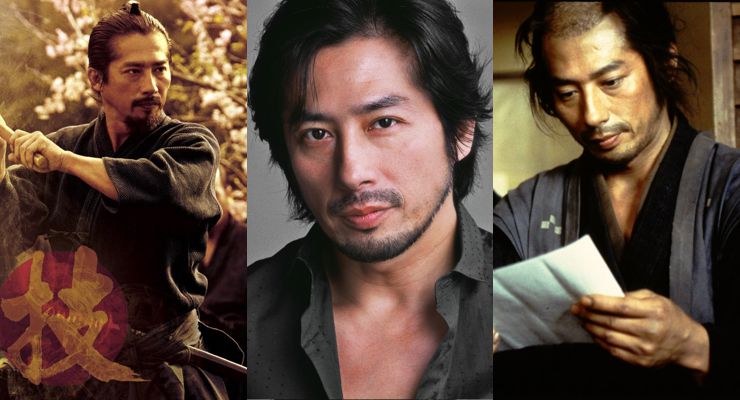 Hiroyuki Sanada was born on the October 12, 1960 in Tokyo, Japan. He made his film debut when he was 5 in Game of Chance (1965) (Shin’ichi Chiba played the lead role.) Hiroyuki Sanada’s father died when he was only 11 years old and when he was 12 he joined the Japan Action Club that was organized and run by Sonny Chiba. He started his career as an action star becoming famous for his role in The Shogun’s Samurai (1978). He soon became a well known as one of the most talented actors in Japan. From 1999 to 2000, Sanada played the fool in an English-language production of King Lear with members of the Royal Shakespeare Company as the first Japanese actor to play with the Royal Shakespeare Company. Hiroyuki Sanada received an honorary MBE (Member of the British Empire) for this work.

As a Japanese martial artist, Hiroyuki Sanada has a background in Shorinji Kempo and Kyokushin Karate under Sonny Chiba. One of his earliest films was the Hong Kong martial arts movie Ninja in the Dragon’s Den (1982). But he is most well know for his roles in the samurai films, The Twilight Samurai (2002), The Last Samurai (2003), and 47 Ronin (2013). He also appeared as the ship captain in the science-fiction thriller Sunshine (2007), as a university professor in the J-Horror classic Ringu (1998), and as Dogen in the hit TV series Lost (2010).

Hiroyuki Sanada has had the opportunity to work with many of Hong Kong’s great action stars including Michelle Yeoh in Sunshine (2007) and Royal Warriors (1986), Jackie Chan in Rush Hour 3 (2007), and Nicholas Tse in The Promise (2005). He has also worked with many other fine actors including Ralph Fiennes in The White Countess (2005), Anthony Hopkins in The City of Your Final Destination (2009), and Hugh Jackman in The Wolverine (2013).

Hiroyuki Sanada is also set to appear in the yet untitled sequel to Avengers: Infinity War (2019).