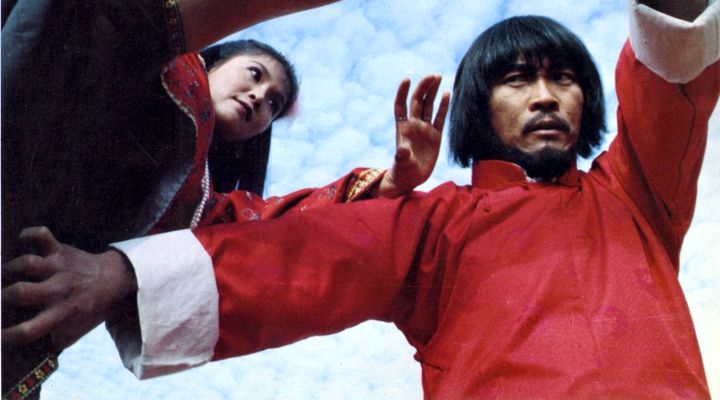 Jung Lee Hwang, also know as Jang-Lee Hwang, is a Japanese-born Korean martial artist and film actor. He is best known for his role as “Thunderleg” in Drunken Master (1978), “Sheng Kuan” in 1978’s Snake in the Eagle’s Shadow (1978) and Wong Chin in Hitman in the Hand of Buddha (1981). He is also known as Cheng Lee Wong  and Cheng Li Wong, in Cantonese and Chinese. His nicknames have been taken from his movie roles. He is called Silver Fox which was the name of his most popular movie character from The Secret Rivals: Enter the Silver Fox (1976). He got the nick names Thunderleg and Thunderfoot because of his style of kicking in his role in the well known film, Drunken Master (1978).

Jung Lee Hwang was born on December 21, 1944 in Aomori, Honshu Island, Japan, but he was not Japanese, both his parents were Korean. His family moved back to Korea when he was a baby.

Jung Lee Hwang still actively teaches martial arts. He is currently an instructor with the World Tang Soo Do General Federation and serves as Technical Advisor. He recently has completed a tour of the USA and Canada in which he, along with other Korean grand masters, promoted the study and practice of traditional martial arts.

Ng See-Yuen, the founder of Seasonal Films in Hong Kong, hired Hwang to play in Secret Rivals (1976) where he first appeared as the villain Silver Fox. In the film Jung Lee Hwang goes toe to toe with Chinese superkicker, John Liu. Hwang went on to establish himself as the best on screen kicker anyone has seen. He played the villain in the two films, Snake in the Eagle’s Shadow (1978) and Drunken Master (1978) that helped boost Jackie Chan’s career. Jung Lee Hwang had always played the villain until, in 1980, he directed, produced and starred as the hero in Hitman in the Hand of Buddha (1980). In this film he was credited as Wong Chin.

In 1996 Jang Lee Hwang directed Patrick ‘Clawhand’ Harrison in the film of his life story, Fleem Schwabaa. This movie opened to great critical acclaim and became a well selling DVD.

In the early 1990s, Hwang returned to South Korea, where he ran a golf-tee manufacturing company and an hotel in Seoul. Later on, Hwang managed a bodyguard agency. Since then he has made only occasional film appearances, in movies such as Emperor of the Underworld (1994) and Boss (1996). In July 1996, Hwang retired from acting at the age of 51.

In 2002, Jung Lee Hwang was interviewed by writer and producer, Mike Leeder, for the Hong Kong Legends DVD by Contender films.