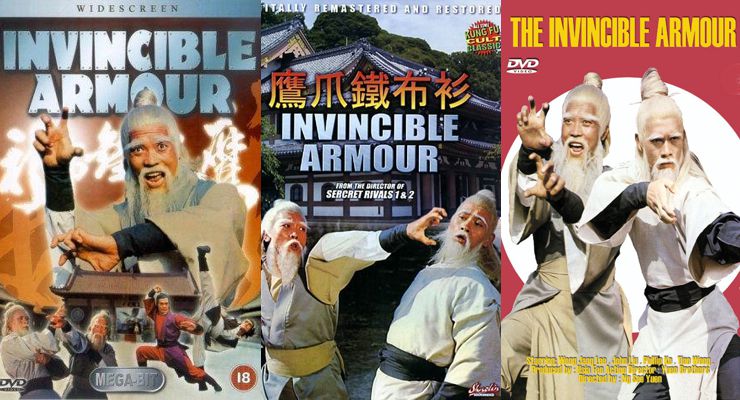 In The Invincible Armour (1977), Minister Cheng, who is the Emperor’s Minister, is an authoritarian ruler who arranges for Hu Lung, one of his old students, to distract General Chow while Hu Lung assassinates the leader of the Ming rebels. General Chow is blamed for the murder and he hunts for Hu Lung, but must avoid the authorities since he is a suspect. Hu Lung eventually finds Chow, but is thwarted by Hu Lung’s master, Phillip Ko (Minister Cheng’s brother), and Minister Cheng’s hired enforcer, Shen Yu who is suppose to arrest Chow for Minister Cheng.

While on the run Chow stays with two teenagers that live alone and Chow exchanges martial art techniques with them. They teach him the Iron finger technique, a technique that can break through the invincible iron armor defense, but his training is cut short when Shen Yu finds and arrests him again.

Shen Yu arrests Chow, but he does not want to kill him, he wants him to go to trial first and Shen Yu gives him three days to find the real murder. This goes against Minister Cheng’s orders to kill him and when Shen Yu and Phillip Ko get into a confrontation, Hu Lung and Chow escape. Hu Long then confesses to his master that he was ordered to kill the rebel leader, and Phillip Ko confronts Minister Cheng.