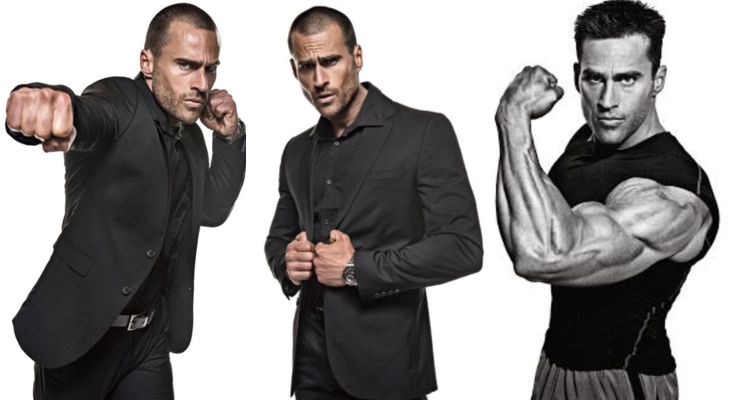 Martial artist Julien Greaux came from St. Barth in the French Indies, but he currently reside in the United States. As a child he was very hyperactive and, because he had a fascination with action movies and the stars that made them, including Bruce Lee and Jean Claude Van Damme, it was determined that martial arts was an appropriate activity for him and he began studying the martial arts at the age of 9. He has since studied many forms of the arts including Japanese Karate, Korean Taekwondo, Muay Thai Boxing, Judo and Jiu Jitsu.

At 15 Julien discovered weight training and while attending Night of the Champions in New York, he was discovered by one of the most prominent fitness and physique photographers in the world, Irvin Gelb. Gelb gave Julien his card, but it wasn’t until three years later while in Los Angeles that Julien gave Gelb a call. Irvin Gelb introduced Julien to the people at Weider Publication and changed Julien Greaux’s life forever.

“Dedicated, disciplined, driven, personable and humble”, Julien Greaux is an experienced and skilled fitness and MMA expert who has been featured in and on the covers of over 50 international men’s health and fitness magazines as well as martial arts magazines.

Julien Greaux’s move into the entertainment industry as a actor was different than most. Instead of creating an action reel, he decided to get a $20,000 grant from the French government and create a 20-minute short film called Parabellum. In his short film, Julien stars as a famous French bank robber, Philippe Moreau,  who promises his wife and daughter that he will go straight after he is released from prison. Unable to find work in France because of his reputation, he moves to America and finally accepts work as a cabdriver in Los Angeles. It is soon discovered that he was a criminal in France and is currently illegal in America and he is forced to become a “collector” for a notorious criminal.

Parabellum took an entire year to complete including the editing, done by a friend in Paris.