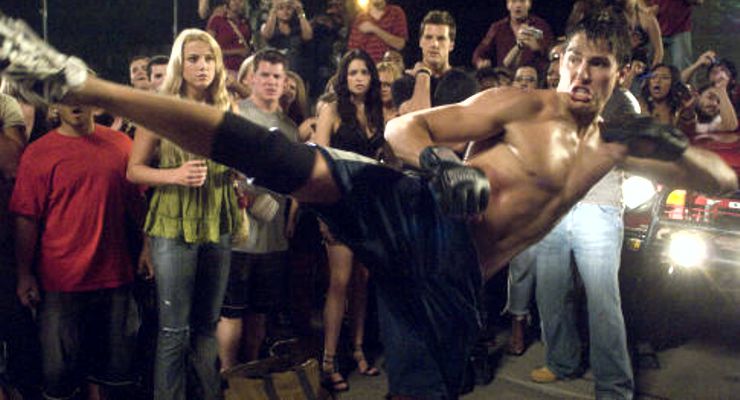 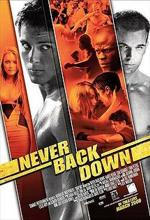 Never Back Down is a 2008 American action film starring Sean Faris, Amber Heard, Cam Gigandet, and Djimon Hounsou. It was theatrically released on March 14, 2008. Never Back Down is the story of Jake Tyler, a tough kid who leads with his fists, and, often, with his heart. Jake Tyler, played by Sean Faris, is the new kid in town with a troubled past. He has recently moved to Orlando, Florida with his family who has relocated to support his younger brother’s shot at a professional tennis career. Jake was a star athlete on the football team at home, but in this new city he is an outsider with a reputation for being a quick tempered brawler. Making an attempt to fit in, at the invitation of a flirtatious classmate, Baja (Amber Heard) Jake goes to a party where he is unwittingly pulled into a fight with a bully named Ryan McDonald (Cam Gigandet). While he is defeated and humiliated in the fight, a classmate introduces himself to Jake and tells him about the sport known as Mixed Marshall Arts (MMA). He sees a star in Jake and asks that he meet with his mentor, Jean Roqua, played by Djimon Hounsou (Blood Diamond, In America). It is immediately apparent to Jake that MMA is not street fighting, but rather an art form he wants to master. Roqua will take Jake under his wing, but it is up to Jake to find the patience, discipline, willingness and reason within him to succeed. For Jake, there is much more at stake than mere victory. His decision will not just settle a score; it will define who he is. — Summit Entertainment.