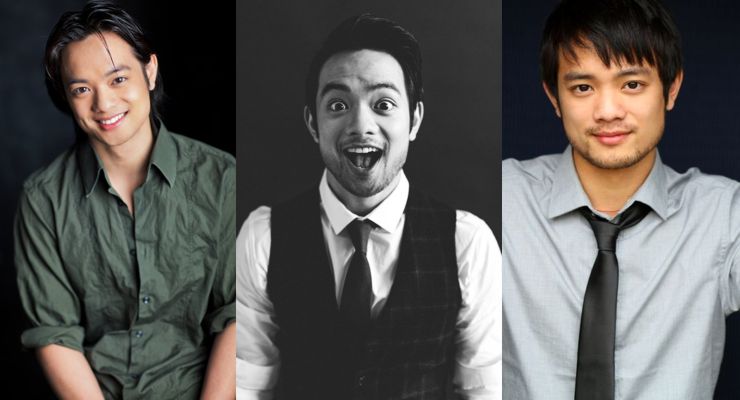 Martial artist and actor, Osric Chau, was born in Vancouver, British Columbia, Canada, on July 20, 1986. His father is from Hong Kong and his mother from Malaysia.

Osric Chau took his first acting class when he was 8 years old and his first martial arts class when he was 13. He spent years training in the martial arts in anticipation of becoming a stunt performer. He began studying Wing Chun in 2000 and studied for 8 years. Chau studied T’ai chi and traditional forms of Wushu under Zhang Zhi Bing, a master from Harbin, China. After four years, Sifu Zhang went back to China, and Osric enrolled in West Coast Chinese Martial Arts in Vancouver under head instructor, Bruce Fontaine. Under Fontaine, Osric  studied and excelled in Modern Wushu, a more performance based martial art. Chau had a natural aptitude for acrobatics, and he excelled in his training which lead to his becoming the most improved student at the school in the Spring of 2006. He soon became a student instructor. In 2007 Chau went with several students to the Beijing Sports University to train full-time with the BSU Wushu Team in preparation for the Canadian National Team Trials. His training lasted for 7 months and he spent hours in the gym every day preparing for the upcoming national competition. His training paid off when he went to Montreal and placed in the top 10 to make the Canadian National Wushu Team.

Osric Chau broke into the entertainment industry working on numerous Canadian television shows including Dragon Boys and Cold Squad, before landing his first leading movie role working with the late David Carradine and Darryl Hannah in the TV movie Kung Fu Killer (2008) which was shot in Hengdian, China.

The following year, back in Vancouver, Osric played Nima, the Tibetan monk, in Roland Emmerich’s 2012 (2009) for Columbia Pictures. The film was sympathetic to China and became the highest grossing 2009 film in China. That success brought Osric back to Beijing, China where he studied Mandarin and then landed a role on the Chinese remake of What Women Want (2011) alongside Andy Lau and Gong Li, and then went to Shanghai for 3 months to work on The Man with the Iron Fists (2012) starring Russell Crowe, Lucy Liu and RZA. In 2011 Osric landed another leading role in Josh Shwartz’s teen comedy, Fun Size (2012) playing the geeky Peng alongside Victoria Justice, Thomas Mann and Jane Levy. Osric Chau played the recurring role of Kevin Tran on Supernatural (2012-2014) and  cadet JJ Chen in TV episodes of  Halo 4: Forward Unto Dawn (2012).

After working in the industry, Osric discovered that he had a deeper passion for acting and filmmaking than he did for stunt performing. He still enjoys stunts, and has enormous appreciation for the skill and sacrifices involved, but he would rather act, and do as many of his own stunts as the production will allow.