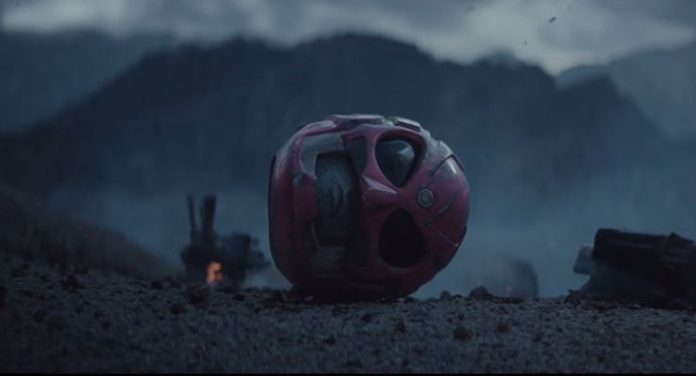 The short film Power/Rangers was produced by Adi Shankar (Lone Survivor and A Walk Among The Tombstones) and Jil Hardin and co-written by Joseph Kahn, Dutch Southern and star James Van Der Beek. Katee Sackhoff also stars in the short.

The short film was posted on YouTube and Vimeo and then removed from Vimeo by enforcement of the Digital Millennium Copyright Act after a complaint from Saban Brands, Haim Saban owns rights to the franchise and is jointly producing his own Power Rangers film with Lionsgate. It is still on YouTube and currently has 9,402,430 views. Saban has now allowed the ‘bootleg’ to return to those social-networking video sites with conditions and a disclaimers. Youtube has an edited version of the original Not Safe For Work or NSFW level short . Vimeo users can watch the originally more violent version.

“Every image in Power/Rangers is original footage. Nothing was pre-existing. There is no copyrighted footage in the short. I am not making any money on it and I refuse to accept any from anyone. It was not even Kickstarted, I paid for it myself. This was made to be given away for free. It is just as if I drew a pic of Power Rangers on a napkin and I gave it to my friend. Is it illegal to give pic I drew of a character on a napkin to someone for free? No.”

In a tweet to Haim Saban, Kahn stated: “The world is watching your actions right now.”

Y’all better watch the #*@!* out of POWER/RANGERS. No idea how long it’ll be up. Going to bed. Goodnight. YouTube Video

This short film on YouTube is not a children’s version of Power Rangers and is violent. Parents be  responsible and determine if it is appropriate for your children to watch.

Disclaimer: “Deboot of the Power Rangers. My take on the FAN FILM. Not a pilot, not a series, not for profit, strictly for exhibition. This is a bootleg experiment not affiliated or endorsed by Saban Entertainment or Lionsgate nor is it selling any product. I claim no rights to any of the characters (don’t send me any money, not kickstarted, this film is free). This is the NSFW version. An alternate safe version is on youtube.”

This short film on Vimeo is not a children’s version of Power Rangers and is violent. Parents, be responsible and determine if it is appropriate for your children to watch.