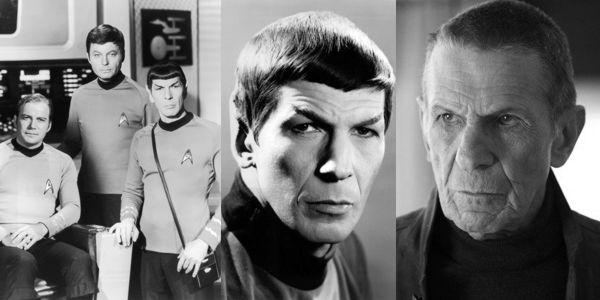 The American actor, director, producer and writer who was born on March 27, 1931, Leonard Nimoy has died from end-stage chronic obstructive pulmonary disease in Bel Air, California on February 27, 2015 at the age of 83.

Leonard Nimoy was born in Boston, Massachusetts, to Ukrainian Jewish immigrants parents who owned a barbershop. His parents raised him in a tenement. He began acting in community theaters when he was only eight years old. Nimoy broke into Hollywood when he was 20, with a small part in Queen for a Day (1951) and another part as a ballplayer in the Rhubarb (1951). He spent two years in the United States Army, still getting small parts that were often unaccredited, in movies such as Them! (1954), where he played an Army telex operator. His part as Narab, a friendly martian, in the closing scene of the corny Republic serial Zombies of the Stratosphere (1952), slightly foreshadowed the his role as Mr. Spock, the half-human and half-Vulcan science officer on Star Trek (1966), one of television’s most successful series of all time. His performance won him three Emmy nominations and launched his career as a writer and director, notably of Star Trek IV: The Voyage Home (1986), the story of a humpback whale rescue that proved the most successful of the Star Trek movies. Hi stage credits have included Fiddler on the Roof, Oliver, Camelot and Equus. He has been the host of the well-known television series In Search of… (1976) and Ancient Mysteries (1994). He has also authored several volumes of poetry. He played Mustafa Mond in NBC’s telling of Aldous Huxley’s Brave New World (1998).

Leonard Nimoy made appearances in numerous video games and also in television shows including guest-staring roles on two episodes of The Simpsons (1989) on The Big Bang Theory and on Fringe.

Spock is definitely one of my best friends. When I put on those ears, it’s not like just another day. When I become Spock, that day becomes something special. Leonard Nimoy