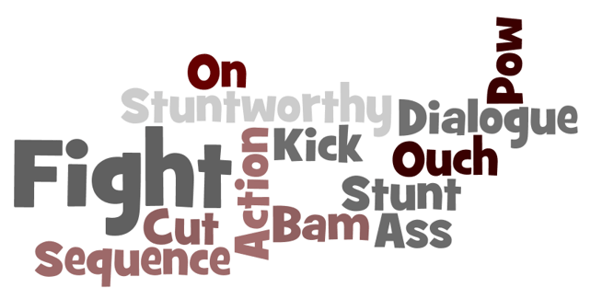 By John Kreng: All of us have seen films in which the story and acting might be great, but the film suffers because the action and fight sequences are not convincing enough, are terribly shot or edited, or do not integrate seamlessly into the story, causing them to be ineffective, gratuitous, or worst of all, unintentionally humorous. However, when done well, fight and action scenes support and heighten the story and expand the characters. Fight Choreography: The Art of Non-Verbal Dialogue helps filmmakers ensure that the fight scenes in their films add to the film’s overall quality. Creating a stage fight with a high level of clarity and entertainment value is a very complicated endeavor and requires skills that acting classes and martial arts schools cannot teach. This book helps filmmakers make sense of this art form and how they can use it to create their own styles of fights for a variety of projects, whether they be feature-length films, shorts, or television shows. The book is instructional, informative, and entertaining, and focuses on every important element involved in fight choreography, from basic philosophies, initial concept, and planning, to filming, editing, adding special effects, and sound mixing the final product. The book is not only an indispensable resource for filmmakers, but will also interestfilm buffs who want to learn how great fight sequences are made so they can better appreciate the action.

Fight Direction: For Stage and Screen

Willian Hobbs has now revised his classic Techniques of the Stage Fight to incorporate his extensive experience and increased expertise in this field. He offers guidelines for the preparation of fight scenes in all forms of media,with special focus given to the stage and with combat discussed separately.

Fight Choreography: A Practical Guide for Stage, Film and Television

From choreography to costume to a battle’s symbolism, everything needed to create convincing fight scenes

By F. Braun McAsh: Fight scenes must tell the story of the fight in a manner that is safe for the performer—to do this, the choreographer has to consider everything that directly impinges on physical movement. This manual looks at sets, costumes, lighting, special effects, the variety of armor and weapons, and how to choreograph fights with phrases, logic, and rhythm. It gives specific advice on subjects ranging from symbolism to blood effects and from battle scenes to motion capture. We are so familiar with fight scenes on our screens that they are almost taken for granted—this comprehensive book explains the artistic process of creating the fight scene from scripted page to finished performance.