Home Career Books & Magazines FACE THE FIRE: Fighting Back Against All Odds 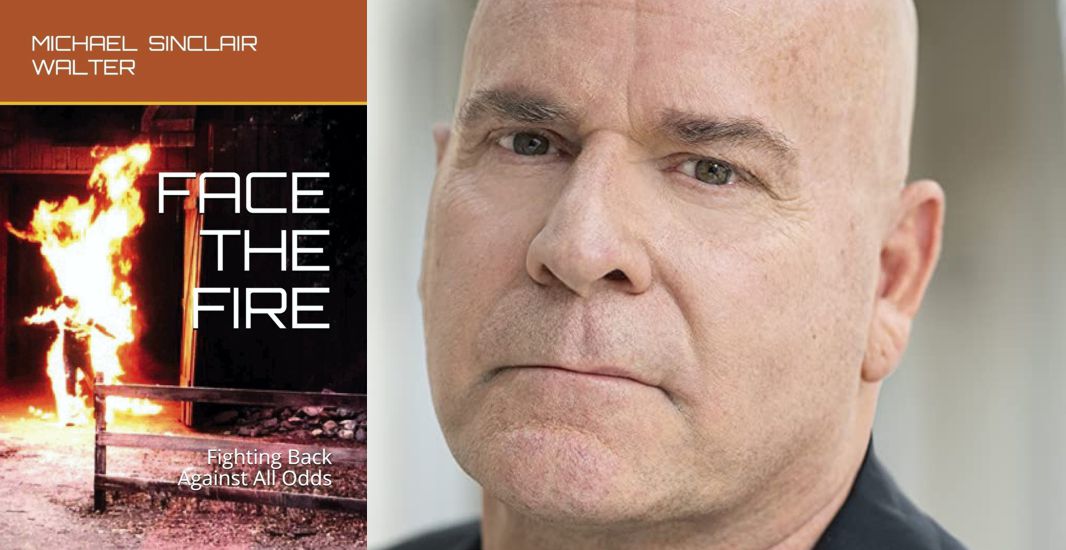 Through twenty-five years of physical and emotional brawling, he dealt with the pain of his own childhood abuse and tried to mend his broken relationship with his only daughter…A TRUE HOLLYWOOD STORY… Michael Sinclair Walter, former MMA fighter (Mixed Martial Arts), is known industry-wide as one of the most capable stunt coordinators, stunt man and stunt instructors around. He has performed feats of strength, feats of visual amazement and feats of physical danger before rolling movie cameras, and he has mastered many styles of physical combat and discipline. His tactics, business practices, and interpersonal dealings have won over some of the biggest names before the cameras, behind the cameras and in the dojos.

The screenplay begins where stunt coordinators spend most of their time – on movie sets. As present-day Michael begins telling an eager young stunt player on his team the story of how he attained his goals, he starts gathering an audience. Michael tells of personal demons that led to a reckless young life riddled with violent behavior and substance abuse. That, in turn, led to a catastrophic auto crash on May 22nd 1980, from which Michael battled back against doctors’ predictions. He not only overcame a horribly broken body, but he overcame addictions and personal behavior that were major obstacles to his eventual success.

With the help of now-famous martial arts trainers, Michael was not only able to build his physical body back to strength, but to work on aspects of his spiritual strength as well. It was only when he was introduced to stunt legend, the late Bobby Bass, that Michael was placed on the road to a successful film career. Training with those trainers, including the well-known Judo Gene LeBell, along with such stunt luminaries as Bass and the late Dar Robinson, gave Michael the tools to overcome his past, and to become the man he is today.

Michael also drew strength from his parents, who were there for him at every turn, and a brother and two sisters, all whom who refused to give up on him. His relationships with women, both constructive and destructive, are all recounted in his tale. He speaks fondly of his favorite person in the world, a daughter he has not seen in some years.

This story will recreate exciting stories from movie sets, and from stunts gone right and stunts gone horribly wrong. It will tell of drunken stupors and moments of sane lucidity during sober times. It will tell of triumph and heartbreak with an intensity simply not experienced by most of us. In its honesty, this story seems ironically unbelievable. The screenplay was adapted by Michael’s autobiography, Hollywood Stuntman Comes Clean (www.iuniverse.com). The story will grab the reader or the viewer by the throat, much like present-day Michael does as he gathers an audience of cast and crew on the set of this movie-within-a-movie. Told by above- and below-the-line industry professionals, it portrays the making of a movie in the exact way it is done, and the flashbacks tell of the life of Michael Walter exactly as it happened. This is a must-read and a must-see for anyone battling addiction, anger, physical injuries and disability, and relationship heartbreak, or otherwise fighting to succeed at whatever their chosen field is. It will reveal, it will teach, and it will uplift in a very personal way, and, as in the Bon Jovi song…”It’s my life”!