On Tuesday, April 28, 2020 from 2:00pm to 3:00pm Central Time (CDT), 8 time national champion, international coach, inventor and producer Aidas Reklys will host an Explosive Jump, Power and Stability Seminar and you can register with www.sharp4sports.com It’s recommended to have a bosu ball/balance ball, exercise bands and a powertwist vest if available. Sponsors for this event are Sharp 4 Sports, Scott Hamilton Skating Academy, Ford Ice Center, Learn to Skate and others.

Aidas Reklys is quite the seasoned athlete and also has kickboxing experience. He is a European ice skating champion, coach and entrepreneur. In fact Aidas Reklys is a man of many talents. He’s the founder of Skate Universal and created this company as skating is his passion and he wants to share it with the world. By sharing his devotion and knowledge of the sport, he hopes to improve skaters of ever level in their performance, technique, understanding, and love of the sport.

Originally from Lithuania, was a coach in the Chicago area for about 8 years. Now he’s a southern California who has a thriving coaching practice there.  Being a world competitor and professional coach has allowed him opportunities to travel around the world. He’s had the chance to learn and share many different training techniques at seminars, camps, and shows. As a personal trainer and a skater, has the unique ability to incorporate the two disciplines for optimal benefit of the skater. In addition to being the founder of Skate Universal, he’s the inventor and creator of the innovative Powertwist. 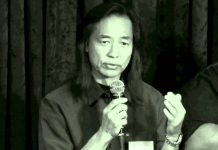