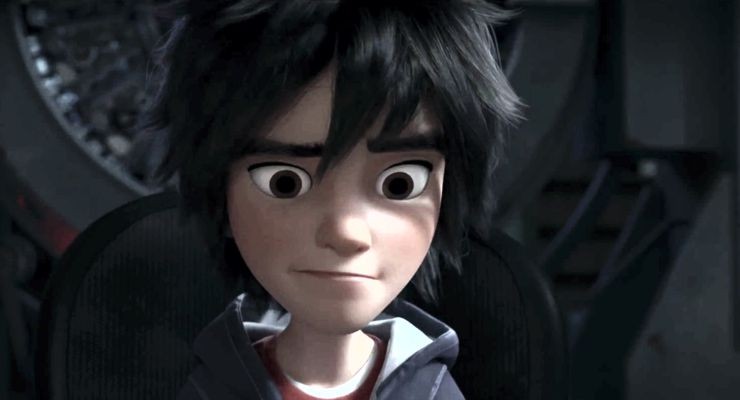 Actor and martial arts wunderkind Ryan Potter got his start as a teenager on the Nickelodeon show Supah Ninjas and will now be voicing the part of Hiro in Disney’s upcoming Big Hero 6.

On his character in Big Hero 6.
“Hiro is a Japanese-American kid who lives in San Fransokyo; an average teenager except he’s as smart or smarter than kids his age. There are many spoilers and I don’t want to give too much away, but his friends help him stay on the right path. Hiro creates this new technology and it gets stolen, so he goes on this mission to get his invention back.”

On balancing school and an acting career.
“It’s very difficult. You do school on set, and with that comes the time constraint and trying to get all the work done in the day. Legally, you have to get a certain amount of hours a day. We shot five days out of the week, so sometimes it was very difficult. But I’ve graduated now.”

On how martial arts training affects his approach.
“I’ve been doing martial arts for 12 years now. This character is very active in the film, and there are certain physicalities you have to create with your voice. I would run around, jump around, throw myself around; it had to match the energy of the character. Those are all things I’ve experienced before; I know what those sounds actually sound like.”

On preparing for Big Hero 6.
“There was really no prep work because the character is me. I didn’t do anything to my voice, although throughout the course of the film my voice did get a bit deeper. This character and I are very similar in our personality but also in our childhood. I grew up in Tokyo and lived in San Francisco. I’m a huge anime and manga fan. I loved Disney films and Marvel comics, so it’s crazy to be given this opportunity. We are very much similar. They wanted to cast true to the characters. This character is Japanese-American, so when I went into the audition and they saw what I looked like…they wanted to cast true to the ethnicity of the character.”

Like this story? Read more of Backstage.com Spotlight On interviews!