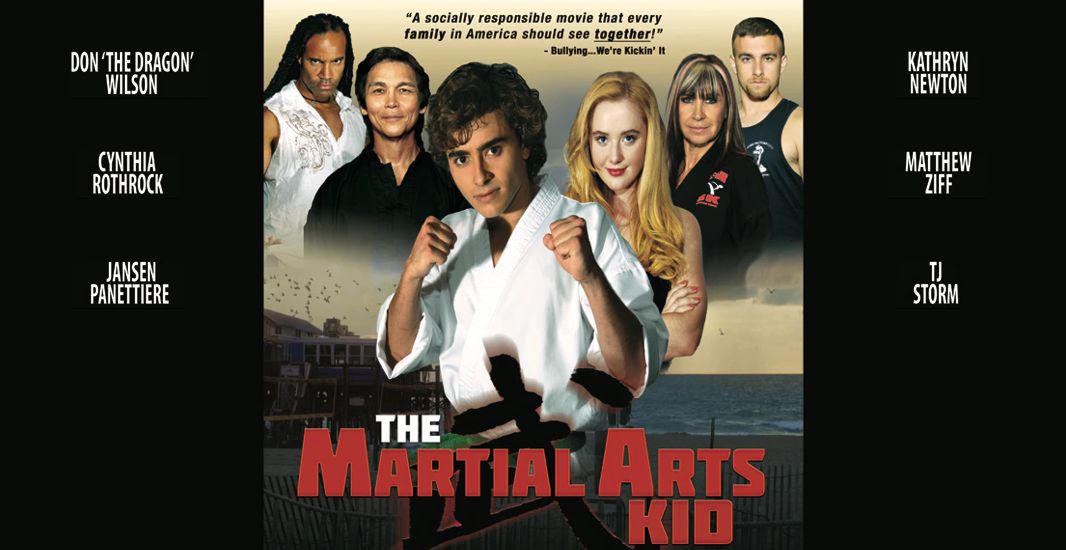 Although the majority of roles in The Martial Arts Kid (2015) have already been cast, there are still gaps to fill – and hundreds of people took concrete steps to filling them this past weekend.

Director Michael Baumgarten held auditions for the low-budget martial arts film – set to be released in 2015 – and because of the response to his call for casting, he wrote up another scene.

“I think it truly shows what Brevard County is capable of in terms of getting people to rally and get behind something that comes here,” Baumgarten told “Florida Today”. “There was such an immense amount of talent that I’ve decided to add a beach/park scene so this way here, I could put everybody in the movie.”

Ken Waka lucked out and attended auditions for crew on Thursday, April 10, dodging a two- to three-hour wait. Almost 40 people had showed up the day before. During his audition, he performed impromptu martial arts skills.

Waka told “Florida Today” that he’s excited about the film’s legendary leads, real-life martial arts stars Don “The Dragon” Wilson, a native of Brevard, and Cynthia Rothrock, a five-time world karate champion. Wilson, an 11-time world kickboxing champion, has more than 30 films under his belt and Rothrock has more than 40. In “The Martial Arts Kid,” Rothrock and Wilson play a married couple.

Waka feels the entire project may be a beneficial experience, even though he’s probably not going to become a star.

When Colin Jacobson performed his kata, or series of movements in a martial arts style, he told “Florida Today” that Baumgarten and his cameraman gasped.

“They were just like amazed that I could do a split,” Jacobson said to “Florida Today”. He scored a part as an extra in the beach scene.

The wannabe extras ranged in age from 6 to senior citizens with many in gis (martial arts uniforms). Young children practiced kata and stances during the wait.

For Evan Cline, killing time before his audition was not a problem. At times, the 7-year-old sat quietly in the splits position, and other times he got up to perfect his flips and acrobatics.

Baumgarten said earlier this week that the extras likely will be placed in high school, bike shop or cafe scenes.

Gemma Borsellino made the drive from Orlando with her 8-year-old twins James and Michael, who take Tae Kwan Do. Armed with their bo staff and sword, the boys enjoyed performing for the camera.

“It was kind of fun, and I really liked it,” James said to “Florida Today”. “(Tae Kwan Do has) made them grow into a better person, I think,” said Gemma. “They’ve worked hard, and they are cute.”

Kevin Bergquist, 35, drove three hours from Bradenton to make the audition. During the wait, he took a break to demonstrate the nunchuks, waving and whipping around one in each hand in a fast, hypnotic motion. He’d never been in a movie before, and he’s been training in martial arts for 30 years.

“It was an opportunity to do something, and I never wanted to look back and wonder what if,” Bergquist said to “Florida Today” . “You’ve got to believe in yourself and give it a try.” He said Wilson has been a guest teacher at his Bradenton dojo.

“He was one of my heroes when I was a little kid,” Bergquist said, “so to get to train with him is a great honor.”