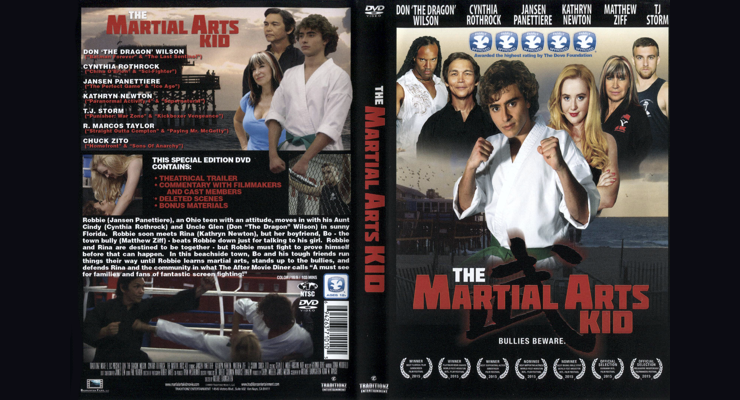 We’ve all been waiting for The Martial Arts Kid DVD and I just got my copy. We love this film for so many reasons, many of which I shared in a previous review of the film entitled Why You Should See The Martial Arts Kid. But owning the DVD/Blu-Ray is not just about having the ability to watch the film at home along with the deleted scenes we haven’t seen before, but the DVD/Blu-Ray also include many Bonus Features which give us an even deeper view of what it took to make the film and why the film was made.

My favorite parts of The Martial Arts Kid on DVD/Blu-Ray is the Commentary and The Journey in the Bonus Features. The Journey shares behind the scenes videos and photos of the making of the film and it also shows a bit more about why the film was made. More importantly, this section shares the individual comments of people who were able to preview the film and allows them to share how the movie impacted them personally.

I really love the Commentary sections of the Bonus Features. I enjoyed re-watching many of my favorite scenes from the film with narration by stars, Don “The Dragon” Wison and Cynthia Rothrock, and Director, Michael Baumgarten and Producer, James Wilson. They discuss the social and emotional aspects of the film and share interesting personal facts about the actors, while giving us more insight into the roles of the characters. I also love many of the beautiful locations used in this film and the Commentary gave me more insight into the filming locations. The Commentary section also gave me the opportunity to appreciate the musical score even more as it set the emotional tone for the individual scenes.


Much of the Commentary on the DVD is heart felt because The Martial Arts Kid was a film with a purpose. Those who made the film wanted to make a difference, and the DVD/Blu Ray can make a difference if we allow it to. The Martial Arts Kid movie teaches about the importance of honesty and doing the right thing, even when it is difficult. It is about understanding that there are consequences for our actions, but also forgiveness when we screw up and desire to change. The film is about family and what is means to work together, including in small ways like setting the table or moving chairs. It is about friendship and how, if we all stand together, we can stop bullying and make a difference in our communities and in each others lives. The Martial Arts Kid is about taking on responsibility and being part of something bigger than ourselves. It is about having the willingness and determination to change the world, one person at a time. (Incidentally, teaching these lessons are the goals of most martial arts schools and why the theme of this movie hits home in so many ways. Many people think that studying martial arts make us more violent, but the opposite is true. it builds confidence, discipline, respect and the ability to stand up for what is right.)

All of us were students once and The Martial Arts Kid movie brings back all those feelings of inadequacy we experienced on our journey to adulthood. We can relate in one way or another to the high school scenes where Bo, played by Matthew Ziff, bullies Robbie, played by Jansen Panettiere. If you were never bullied, you knew someone who was, and it was the most distressing part of the growing up experience. It is also a very unnecessary part of the growing up experience, and one that can be eliminated through communication and education.

One of the goals of The Martial Arts Kid movie is to help eliminate bullying by acting as a springboard to opening conversations about the things in our lives that really matter. Every martial arts schools should own the DVD/Blu Ray and use it for “Movie Nights” to create the opportunity for their students to discuss the topics that matter and to share their experiences regarding those topics. The Martial Arts Kid movie is a wonderful teaching tool. It is a fun and exciting movie, and yet genuinely opens up the opportunities to discuss important issues like bullying.


Martial arts instructors should also recommend the movie to families of their students and keep copies for sale so that their students and their student’s parents can purchase the DVD/Blu-Ray and watch The Martial Arts Kid at home together. Instructors should share with parents about using the film at home to open up opportunities to discuss the different aspects of the film; making good choices, honesty, bullying, how dedication and hard work pay off and the importance of tough love and especially forgiveness. Parents should share about The Martial Arts Kid movie with their local public schools and recommend that the school district purchase DVD/Blu-Rays of the film for their individual schools and show the movie in schools, using it to open discussions on bullying and bully prevention. 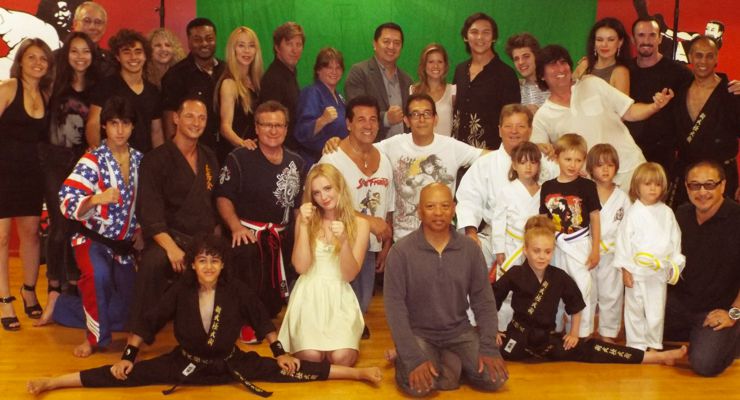 
Why You Should See The Martial Arts Kid