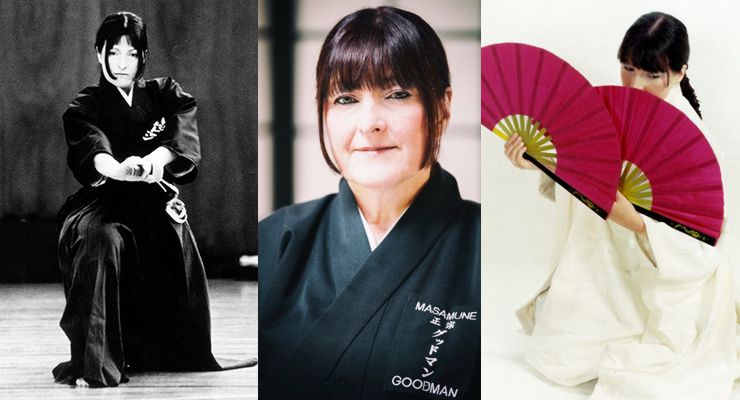 Fay Goodman is a documentary producer and director, musician and internationally acclaimed martial artist in several disciplines. She is a coach of the British Kendo Association and of various other martial arts, including karate, aikido and ju-jitsu, and she runs her own dojo named Masamune in Birmingham, UK.

Fay is the author of numerous martial arts books including the The Ultimate Book of Martial Arts, a world-wide best seller, The Practical Step-By-Step Guide To Martial Arts, T’ai Chi & Aikido, and numerous other practical guide or step by step books. Her first book, Self Defence for All, has been featured on various episodes of the Australian soap Neighbors. Fay is a highly respected for her work on crime prevention and personal safety. She is the author of the book  Beating Crime In Your Business which was nominated for an award in Scotland.

A new one-hour documentary entitled Lady Samurai will soon be available. The story follows Fay’s rise in the martial arts world and takes us to Japan where she took the grade of 7th Dan – a rare and unprecedented achievement for a western woman. More information about the Lady Samurai documentary can be found on the Lady Samurai website.

As an accomplished musician, Fay studied with the Royal Board of Music. Her first album Kokoro is used for healing, martial art demonstrations and was featured in a short TV documentary for the BBC. Visit Fay’s official music website and listen to her music.

As a producer Fay has directed and produced Thunderfingers – a special tribute program to acknowledge the genius of John Entwistle of The Who broadcast on the UK Biography Channel. Thunderfingers was voted Pick of the Day in the Sunday Times.

Currently Fay is working on The Conies, a new animation and toy series turning traffic cones into endearing characters to help child safety.