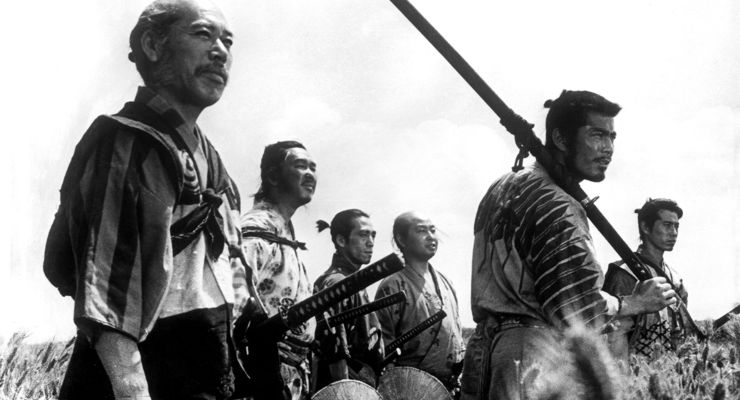 Akira Kurosawa’s Seven Samurai (1954) is one of the greatest films ever made. Seven Samurai is a 1954 Japanese period adventure drama film co-written, edited, and directed by Akira Kurosawa. The film takes place in 1587 during the Warring States Period of Japan.

In 17th century Japan, farmers in a small mountain village face the prospect of again losing their crops to a band of roving thieves. Their solution is to go to the nearest city and see if they can hire samurai to protect them. The farmers are poor and can only offer food and lodging but they soon recruit Kambei Shimada who determines that they will need a total of seven samurai to properly guard the village. Slowly, he recruits other samurai for their task and once complete, move tho the village. There they teach the farmers basic self defense and fortify the village itself. When the bandits attack, they are prepared but suffer many losses.