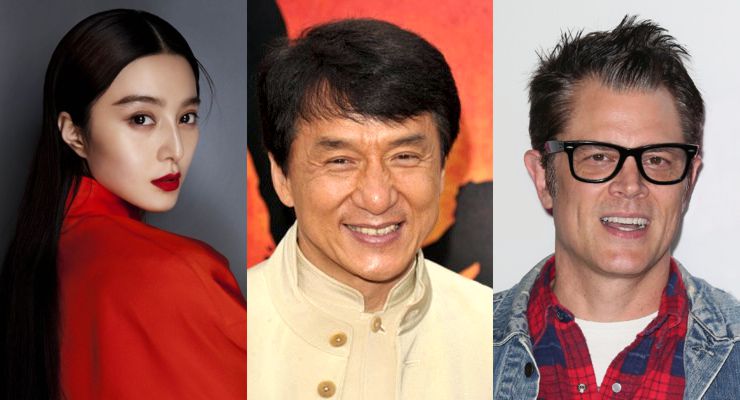 Skiptrace (2016), with the style of Midnight Run (1988), was the idea of Jackie Chan, who is producing the film along with Brian Gatewood, Esmond Ren, Damien Saccani and Charlie Coker. Jackie Chan and Jay Longino, Brian Gatewood and Alessandro Tanaka, Geoff Moore and David Posamentier, and BenDavid Grabinski all worked on on the script and Rodney Rothman will be responsible to polish the finished script. Skiptrace (2016) is being co-financed and co-produced by Dasym Entertainment and Beijing-based Talent International Film. Jackie Chan and Bingbing Fan are two of China’s most popular superstars and therefore Skiptrace was able to get approved as a co-production by China’s State Administration of Radio, Film and Television (SARFT).