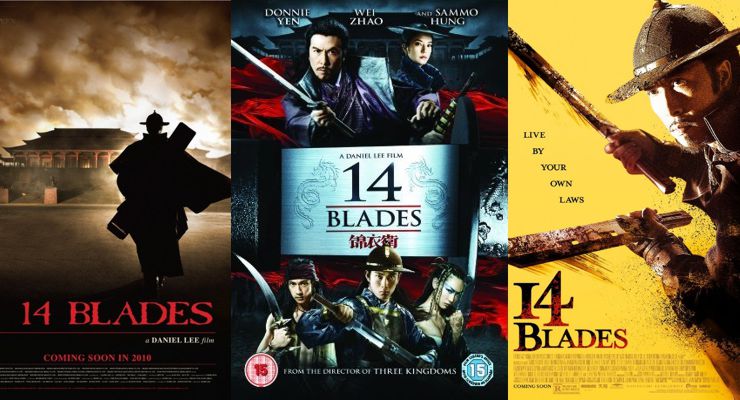 14 Blades (2010) is a kung fu thriller set during the Ming Dynasty and centered on a secret service agent (Donnie Yen) in the emperor’s court who is betrayed and then hunted by his colleagues.