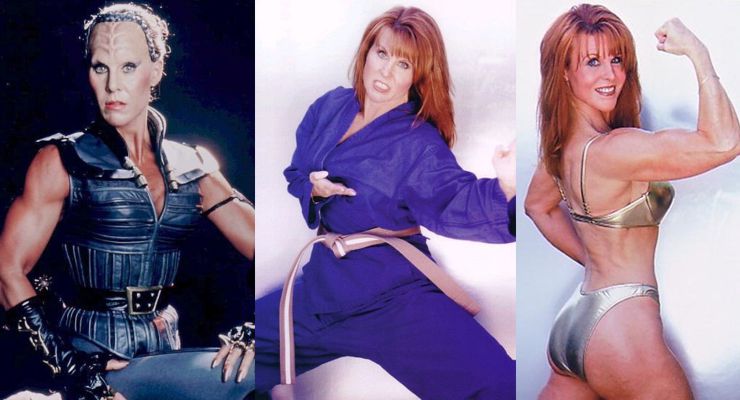 Spice Williams-Crosby (Marceline Ann Williams) was born on April 26, 1952 on a ranch in North Hollywood, California. As a young woman, under contract to 20th century-Fox records Spice Williams-Crosby toured on the road as a musician, singer, and dancer. She is currently married to Gregory Crosby — screenwriter and first-born grandson of actor and singer Bing Crosby. They have an 11 year old son. 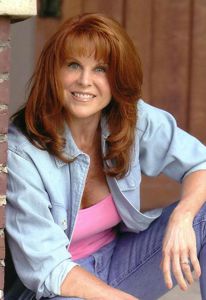 At the age of 26 she won a seven-year battle with drug and alcohol, turning to God, nutrition and exercise, and a desire to help others turn their lives around. As she got older, Spice changed the course of her career and began studying acting for stage and film. Hearing about roles for female warriors, wrestlers, and super-heroines, she studied kickboxing and began bodybuilding and slowly creating a niche for herself in the entertainment business.

Spice has worked in such feature motion pictures as Star Trek V, Cherokee Kid, From Dusk Till Dawn, The Guyver, A Simple Plan, and For The Love Of The Game. She has also guest-starred on numerous TV shows including, Roseanne, My Two Dads, Women In Prison, Mama’s Family, The Bold And The Beautiful, Step by Step, The Smart Guy, Diagnosis Murder, Buffy the Vampire Slayer and Srcubs, in what she terms as an “action actress.” “In fact,” says Spice, “I can’t remember doing a role where I wasn’t asked to perform some kind of physical feat” Since 1986, Spice has been stunt doubling Deidre Hall (Marlena) on “Days of our Lives and has also played several roles on that soap. She had the great honor of working with Clint Eastwood on “Million Dollar Baby,” and then had a blast working on an independent film in with Luke Goss, called “Dead UnDead.” She is very proud of co-starring in an incredible film called, “The Sensei,” with Diana Lee Inosanto starring & directing, a fun film called, “Bare Knuckles, ” and recently, she played a warden in a Stallone film and can be seen as a hooker on the new TV show, Brooklyn 99. Spice has produced her own show called, “I FIGHT FOR MY LIFE” about women victims and turning them into women victors!

“In fact,” says Spice Williams-Crosby, “I can’t remember doing a role where I wasn’t asked to perform some kind of physical feat.” Working in a 7UP commercial, she had to pick up the 225lb spokesperson and carry him out of a department store. Taking on many diverse roles, Spice has even played the part of an erotic dancer, in the Robert Downey Jr./Mel Gibson movie, The Singing Detective. For over 9 years she has been stunt doubling Deidre Hall (Marlena) on Days of our Lives and recently, played the jail cell bully, Veronica, who fights Marlena. In July of 2004 she worked on an independent film in Michigan called Dead End Road and she finished co-starring in an incredible film called, The Sensei, with Diana Lee Inosanto, who starred and directed the movie.

Stunts came into play almost 25 years ago when Spice was asked to double for an actress playing a judo instructor opposite Rock Hudson. Since then, Spice has doubled for the likes of Louise Fletcher, Meg Foster, Katherine Ross, Clare Carey, Deidre Hall, Cindy Pickett, Linda Kozlowski, Eileen Brennen, Becky Ann Baker, Kelly Preston and many others. Spice also Stunt Coordinates feature films, Television shows and commercials. Her stunt expertise is in fighting & “hitting the ground!” You can see her work in the controversial Miller Lite commercial where to two beautiful girls are dukin’ it out over the taste of the beer! 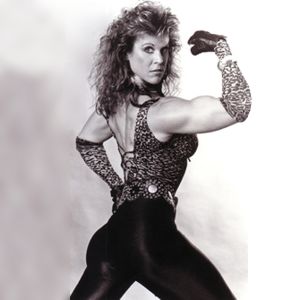 Spice has crashed cars, dove through glass windows, taken stair falls, executed 30-foot ratchets, 50-foot high falls, and hung from helicopters 300 feet above the ground, but she is best known for her ability to pick up a 300 pound man over her head in a fireman’s carry and haul him away.

Gracing the cover and pages of over 100 magazines, both here and abroad, Spice has also made a name for herself as a nutritional expert with 2 Masters in Fitness Science & Holistic Nutrition and a PhD in Natural Health Medicine, writing for magazine as Ms. Fitness, Natural Muscle Magazine, and World Black Belt. She holds a 3rd DAN in Arjukanpo, 1st DAN in Doce Pares Eskrima, and is Certified Level B in Israeli KAPAP, Level C in Guatemala GIKA, and Security Defensive Tactics, Inc.. Her successful joint venture with her husband — a popular line of vegetarian food products called “Spice Of Life Meatless Meats & Jerky.”

In December of 1998, she was voted into the Marquis Who’s Who in America-West and one of her greatest honors was posing for a 30ft bronze statue where she represents the past, present and future female athletes of the Olympics. Spice’s goal is to continue to set an example for the “women of the new millennium” — spiritually focused, mentally alert, and physically capable.

Spice is married to Gregory Crosby — screenwriter (Hacksaw Ridge) and first-born grandson of actor/singer Bing Crosby and they have a son, Luke Gregory Crosby, who also works in the entertainment industry as an actor, stuntman and writer.