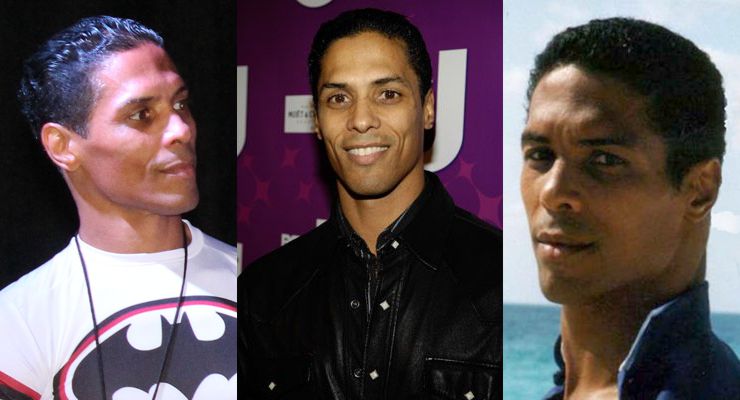 Taimak Guarriello (pronounced Tie-Mock) was born on June 27, 1964. He is a martial arts, actor and stuntman. He is best known for his role as Leroy Green in the 1985 martial arts film, The Last Dragon. He was born in New York. His mother is Black and his father is Italian.

His first major break in acting came when he got the lead role in Berry Gordy’s The Last Dragon (1985), where he played Leroy Green, a Bruce Lee-inspired martial artist in search of “The Glow”. The film was a financial success and grossed more than $25 million at the box office.

Since The Last Dragon (1985), Taimak has appeared in a number of TV roles and over a dozen plays.

He has appeared in a number of TV roles and music videos including the lead male in Janet Jackson’s “Let’s Wait Awhile” music video,and in Debbie Allen’s “Special Look” video. He played a date rapist on an episode of the TV show A Different World. He appeared in 36 Crazyfists’ music video, “Bloodwork”.

Taimak has worked with a number of celebrities including Madonna and he has starred in the play Cheaters, which toured the United States. He starred in a hit Off-Broadway show in 2004 called Roadhouse The Comedy, based on the Patrick Swayze film Road House.

In addition to his acting career, he operated a gym on the Manhattan’s East Side in New York City called Fitness Concepts, which he opened in 2002. However, due to time constraints, he has since parted ways with the partner but is considering opening another gym in the future. Taimak recently completed Taimak FIT (Find Inner Transformation) the first installment of a series of fitness DVDs.

Taimak officiated the preliminary MMA bouts at UFC 6 and UFC 7.

Taimak is continuing to perform onstage and has recently packaged a film he has written and directed called “I’ve Seen Things”.