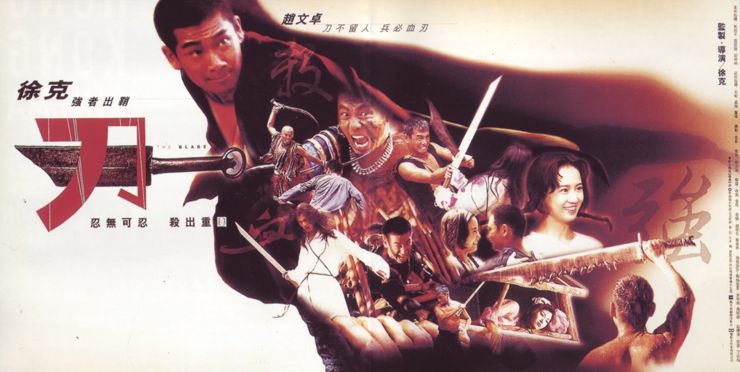 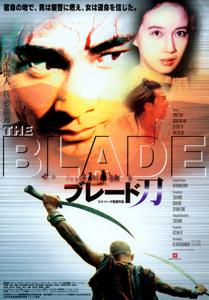 In The Blade, an old master runs the Sharp Manufacturer saber factory and he abdicates and appoints his close friend’s orphaned son, Ding On, his least popular worker, as his successor. The master’s daughter, Ling, is interested in On and another worker, Iron Head.

One day while out delivering swords Ding On and Iron Head witness a monk fighting off a gang of thugs. The thugs later ambush and kill the monk in retaliation. Iron Head yells out the name of the factory, swearing revenge and taunting the thugs. Later that day, Ding On discovers that his father died while saving his master from Fei Lung, an infamous tattooed assassin who is rumored to be able to fly. On takes his father’s broken sword (the titular Dao), Intent on seeking revenge, and he goes off. When Ling goes after him, she is assaulted by a local gang of bandits. Ding On manages to save her, but he loses his right arm in the process and ends up falling off a cliff.

Ding On is found and nursed back to health by Blackie, an orphaned farm girl. On takes up work in a diner, but feels himself worthless and it is not until their house is burned down that Blackie finds a part of a kung fu manual and gives it on Ding On. He studies the manual and frustrated at frst, is eventually able to find his fathers sword an develope technique that allows him to become a successful swordsman.

Note: This movie is a remake of One Armed-Swordsman and was not popular in Hong Kong, but it has a very exciting display of sword play and is worth watching.