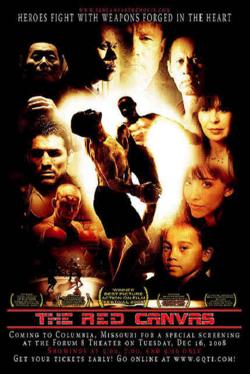 Johnny Sanchez (Ernie Reyes, Jr.), a bad boy jail convict, participates in organized fights in prison. These fights are known as “gladiator wars” and are sponsored by Sanchez warden, Harbin Rask (John Savage). Sanchez sends all the title money he wins from the fights to his past love (Sara Downing) and their son. His life as a jail convict soon changes when his warden sponsors him to fight in a professional MMA tournament known as The Red Carpet. With this tournament, Sanchez realizes that mere talent and fighting isn’t enough. He finds out that to win you must have a reason, and that reason must come from the heart.Read More

Ernie Reyes Jr. stars in this dramatic foray into the bloody world of mixed martial arts fighting. Real-life fighter Reyes (son of legendary martial artist Ernie Reyes Sr.) portrays convict Johnny Sanchez, who battles in prison tournaments run by his corrupt warden, Harbin Rask (John Savage). Johnny is given a chance at freedom — and redemption — when Rask recruits him to compete against the world’s toughest fighters in a professional event sponsored by the evil Krang (Star Trek’s George Takei). The film’s hard-hitting action sequences are choreographed by Reyes Sr., and feature cameo appearances by some of the biggest names in mixed martial arts, including Frank Shamrock, Dan Severn, and Tyson Griffin.