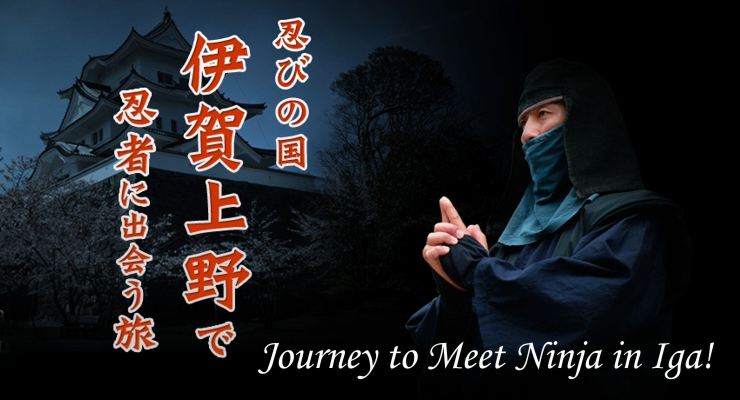 Iga Needs Ninja! The small Japanese city located 280 miles from Tokyo is considered the birthplace of the ninja and is suffering the decline of its ninja population. With only 100,000 residence, is not faring well as a whole. It appears that young Japanese people would rather live in bigger cities and few are training as ninja.

Only recently Sally Herships reported the woes of the city of Iga on an episode of NPR’s “Planet Money” podcast but she also mentioned the benefits of a ninja lifestyle.

“This job does have a lot to offer,” Herships explains. “First of all, the pay is quite competitive. Today, ninja can earn anything from $23,000 to about $85,000 — which is a really solid salary, and in fact, a lot more than real ninja used to earn in medieval Japan.” Herships quotes the International Ninja Research Center, which states that in Iga, the typical ninja earned an inflation-adjusted $8,000 to $17,000 a year.

So is this for real? Is the town of Iga really paying $85,000 to anyone who wants to become a ninja? Yes it is. However, Iga is not seeking trained ninja warriors, Iga is looking for “ninja performers”. Its the mayor’s, Sakae Okamoto, hope that the city of Iga can bolster its tourism by drawing on the city’s ninja heritage. Every year people dress as ninja and attend the cities annual ninja festival between late April and the beginning of May. You can rent ninja costumes at Ninja Henshin Dokoro (Ninja Transformation Spot), and visit the Ninja residence where a guide in a ninja costume takes you through the residence where you will encounter surprising traps. You can also join in the Shuriken (Ninja Stars) throwing competition and visit and train at the Iga-ryu Ninjutsu Dojo. The current Iga-ryu Ninja Museum displays a wide variety of weapons and tools used by ninja.

The small city receives about 30,000 local and visiting tourist who come to attend the festival.

Now they wish to build on this festival. The town is even relocating it’s city hall and building a second ninja museum in its place. According to Hership, “Japan’s government is funding ninja.”

Besides needing ninja performers, Iga also needs a labor force to work and live in the rural city as they re-build ninja tourism.

“Ninja is not an inheritable class. Without severe training, nobody could become a ninja. That’s why they have silently disappeared in history,” Sugako Nakagawa, the curator of the local ninja museum, told Reuters in 2008.

Do you want a full time job as a ninja performer? The jobs are available in Iga? Contact the Iga – Ueno Tourism Association

How an American became one of Japan’s rare professional ninja