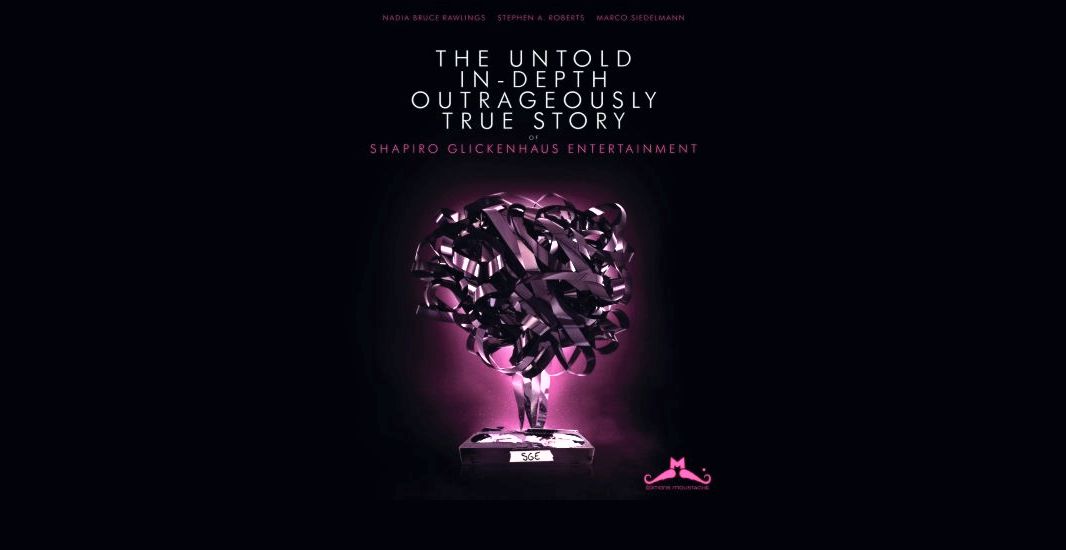 The Untold, In-Depth, Outrageously True Story of Shapiro Glickenhaus Entertainment is an interview collection that takes us back into the roaring 1980s, when the home video market changed the whole world of film making. For a short time, everything seemed possible, and in a way everything was possible.

The Untold, In-Depth, Outrageously True Story of Shapiro Glickenhaus Entertainment has enlightening interviews with business legends and producers are combined with extended conversations with well-known genre filmmakers. On top of this are the voices of all the key people that marketed and sold the SGE movies to the world, managed the productions, or ran the office during this fast forward period of maverick film making.

Neither Jim Glickenhaus nor Leonard Shapiro have ever opened up this much about their fantastic careers in the film industry. The Untold, In-Depth, Outrageously True Story of Shapiro Glickenhaus Entertainment includes a foreword by Charles Band.

“The Untold, In-Depth, Outrageously True Story of Shapiro Glickenhaus Entertainment sheds light on the home video boom of the 80s and 90s in Hollywood

On the one hand the book The Untold, In-Depth Outrages True Story of Shapiro Glickenhaus Entertainment by Marco Siedelmann indeed tells the story of this film company and the way it thrived by making and selling low budget genre movies in the 80s and 90s, specializing in the direct to video and international sales markets. But on the other hand it also explores the golden era of the home video phenomenon in Hollywood, the time that major studios did not pay attention to the commercial potential of this market and as a result set the stage for smaller independent companies to profit enormously in that field.

This book is the first in a series of books Marco Siedelmann is working on slated to be published in the near future, all of them dealing with the same period of time in Hollywood’s history. Through a slew of interviews with the key players associated with the company, Siedelmann’s book manages to expose the ins and outs of the working mechanism and financial means that enabled this type of film company to flourish and those types of films to be made, at that particular time. It is not an academic book but rather a fun read since it is full of anecdotes and little stories related to the better known movies the company was associated with and the stars in them.”

About One of the Authors – Nadia Bruce-Rawlings
Nadia Bruce-Rawlings uses grains of her often gritty life to infuse her stories with cathartic realism. Her stories “Fire” and “Scars” have both been finalists in Glimmer Train’s writing contests and are included in SCARS, her first anthology from Punk Hostage Press. Nadia grew up travelling the world and living in various countries before settling in Los Angeles. In LA, she briefly worked at a vitamin factory and then began a long career in independent film distribution. A single mom for 11 years, she and her new husband have settled into the Nashville area, where she writes by the lake when she can escape their five kids and two dogs.