Vanguard (2020) is about a covert security company (Vanguard) that is the last hope of survival for an accountant after he is targeted by the world’s deadliest mercenary organization. Jackie Chan is the companies CEO and he leads must lead a squad of elite agents to save the businessman.

The globe-trotting action-adventure was filmed in nine cities across the United Kingdom, China, the United Arab Emirates, Zambia and India, and it features high stakes action sequences that take place over land, air and sea.

“We’ve experienced so much during this production,” said director Stanley Tong. “Each time I work with Jackie, we are always trying to impress our audience with the best picture and idea. Especially this time, we put a lot of innovation in it. I hope the North American audiences enjoy it. And I’m so happy to be partnering with Gravitas for the release.”

Gravitas Ventures, a Red Arrow Studios company, is a leading all rights distributor of independent feature films and documentaries. Founded in 2006, Gravitas connects independent filmmakers and producers with distribution opportunities across the globe. Working with talented directors and producers, Gravitas Ventures has distributed thousands of films into over a hundred million homes in North America – over one billion homes worldwide. Recent releases include The Secret: Dare to Dream, directed by Andy Tennant and starring Katie Holmes; End of Sentence starring Logan Lerman and John Hawkes; Colin Hanks’ All Things Must Pass; and the upcoming Our Friend starring Casey Affleck, Dakota Johnson, and Jason Segel. For more information, please visit gravitasventures.com.

Red Arrow Studios is one of the world’s leading creators and distributors of entertainment content, comprised of an acclaimed network of international production companies and labels in seven territories; world-leading digital studio, Studio71, based in six countries; and global film and TV distributors Red Arrow Studios International and Gravitas Ventures. The group’s significant output includes scripted, non-scripted and formatted content and IP, from TV and film to short-form and branded content, made for an array of global networks and platforms. Red Arrow Studios is part of ProSiebenSat.1 Media SE, one of Europe’s leading media groups. redarrowstudios.com 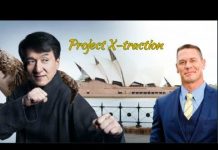 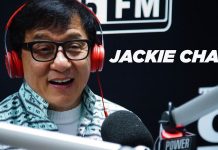 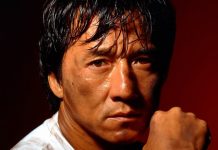