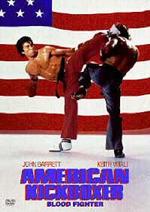 Plot: In American Kickboxer (1991) kickboxing champion B.J. is jailed for an accidental murder thanks to the testimony of his arch-nemesis Denard. A year later, B.J. is released and then challenged by Denard for $100,000.