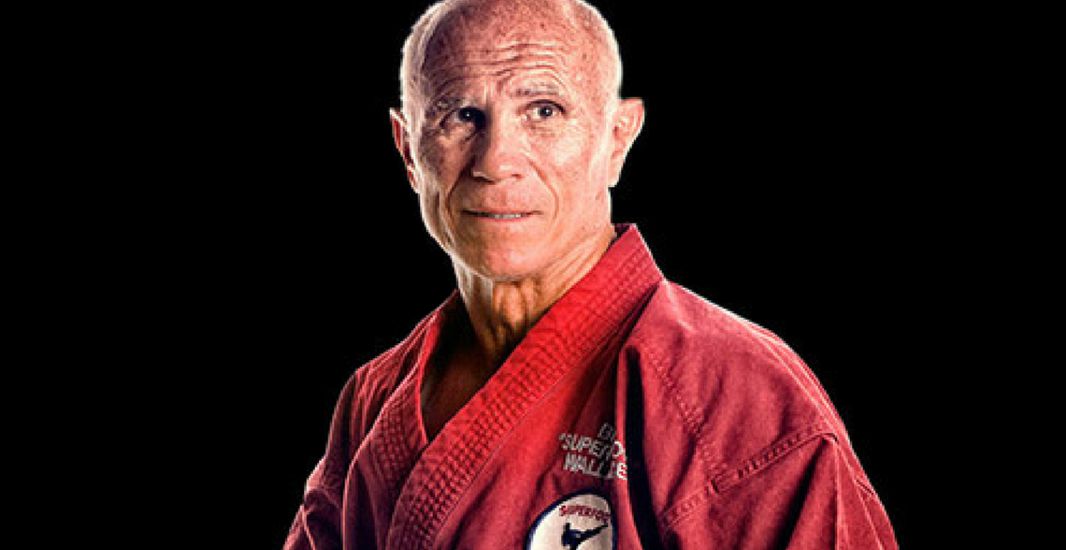 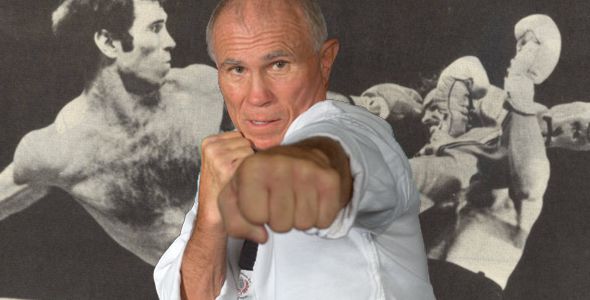 Bill Superfoot Wallace – along with the other seven names announced yesterday – certainly qualifies.

Wallace was born in Chickasha, Indiana, and trained in wrestling during his high school years. He began his study of Judo in 1966, but was forced to discontinue his Judo related activities because of an injury he suffered to his right knee during practice.He then began to study Shorin-ryu Karate under Michael Gneck in February 1967 while serving in the U.S. Air Force. After entering the point fighting tournament scene and achieving success there, he switched to full-contact kickboxing.

Bill Superfoot Wallace was known for his fast left leg kicks, especially his roundhouse kick and his hook kick, which was clocked at about 60 miles-an-hour. He focused on his left leg because of the Judo-related injury to his right knee, using the right leg primarily as a base.

Bill Superfoot Wallace turned professional and captured the PKA middleweight karate championship with a second-round knockout. He relinquished the crown in 1980, undefeated.

In 1990 Bill Superfoot Wallace (166 lbs) fought one last exhibition kickboxing/karate match with friend Joe Lewis (198 lbs) on pay per view. Both Wallace and Lewis were refused a boxing license because of their age. The exhibition ended with one judge in favor for Wallace, another in favor for Lewis, and the third judge scored the bout a tie, ending the exhibition in a draw.

Wallace’s list of accomplishments was and continues to be impressive to this day.

Wallace has taught karate, judo, wrestling and weight lifting at Memphis State University. The author of a college textbook about karate and kinesiology, he continues to teach seminars across the United States and abroad.[ He has acted, most notably in “A Force of One” starring Chuck Norris. Wallace was also the play-by-play commentator for the inaugural Ultimate Fighting Championship pay-per-view event in 1993, alongside fellow kickboxer Kathy Long and NFL Hall of Famer Jim Brown. Additionally, he administers an organization of karate schools under his “Superfoot” system and was elected to Black Belt Magazine’s Hall of Fame in 1973 as “Tournament Karate Fighter of the Year” and again in 1978 as “Man of the Year.”

His film credits include the aforementioned “A Force of One” “Kill Point”, with Cameron Mitchell; “Continental Divide” and “Neighbors”, with John Belushi; “The Protector”, with Jackie Chan; “Los Bravos” with Hector Echavarria; “A Prayer for the Dying”, with Mickey Rourke; “Ninja Turf”; and “Sword of Heaven”.

Bill Superfoot Wallace was a trainer and close friend of Elvis Presley and John Belushi and was the personal trainer who found Belushi dead of a drug overdose at the Chateau Marmont on March 5, 1982.