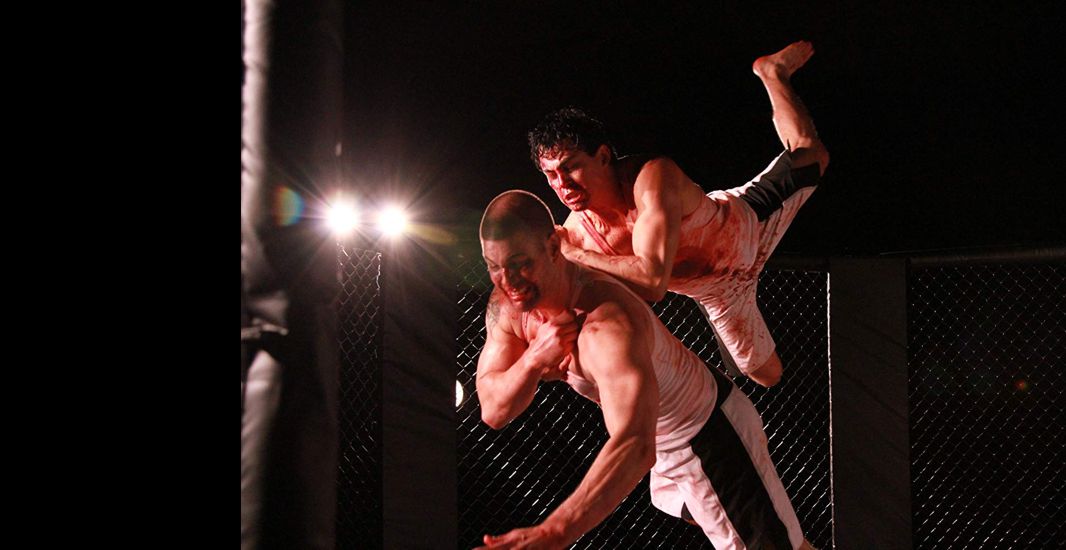 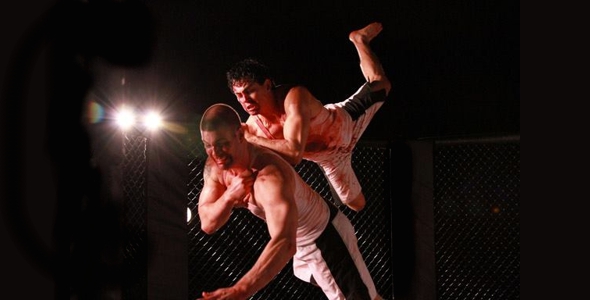 Update: Brutal (2014) star Morgan Benoit has been named Male Action Performer of the Year at the 2015 Action on Film Festival.

“A nuanced lead performance that should, by all rights, make Morgan Benoit a star.”

“Morgan Benoit is a name to watch out for.”

SYNOPSIS
Brutal (2014) centers on Trevor (Morgan Benoit), abducted from his backyard at the age of fifteen by an unseen alien presence. Forced into nearly two decades of no-holds-barred fights against other abductees inside an unearthly mixed martial arts arena, Trevor has evolved from an innocent boy into a brutal fighting machine.

In Brutal (2014) Derek, (Jeff Hatch), an ambulance chasing lawyer, is the latest lab-rat abductee forced to fight Trevor. As the two men exchange ever-increasing beatings over the course of weeks and months, the brutality of their existence and the true nature of their humanity is slowly revealed.

With elements of The Twilight Zone and The Prisoner, the film explores through science fiction, allegory and psychological drama, man’s violent nature and our propensity to commit unthinkable acts of violence against each other. Yet through this prism of brutality our capacity to love one another, even in the worst of circumstances is celebrated.

Brutal (2014), is an official selection of the 2015 Action On Film Festival and has been nominated for Best special-effects, Best action sequence-martial arts, and Best fight choreography.