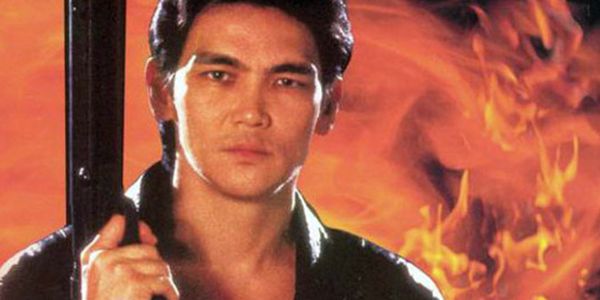 With a role confirmed in the new “The Martial Arts Kid” film and a role on the reality TV show “The Reel Deal’, it is clear that Don “The Dragon” Wilson is as hot as ever.

“The Martial Arts Kid” will be the latest film for Wilson in which he is the lead – he is co-headliner with fellow action-movie legend Cynthia Rothrock – and brings the total of films in which he has been the star or co-star to over 30.

As a lead, Wilson is best known for the eight films in the “Bloodfist” series, the first of which hit shelves in 1989 and in which Wilson plays a retired kickboxer.

Which – regardless of anyone’s opinion on his acting ability, wasn’t that much of a stretch for Wilson, of course. He is a world-renowned kickboxing champion, with his athletic career spanning four decades and earning him an astounding 11 world championships. He is considered by many to be the greatest kickboxing champion in the sport’s history and no worse than third by virtually anyone.

He has also produced 20 films – and it is that experience that “The Reel Deal” thought would make him the ideal mentor for an aspiring entertainment team, which also includes Judy Norton, Tim Russ, David Chokachi, Eric Roberts, Holly Fields and Dustin Diamond.

“The Reel Deal” is a multi-platform new media reality show where celebrity led teams attempt to make an Academy Award quality short film in just four days. Contestants may audition for either actor, director, composer or writer roles on the teams.

In “The Martial Arts Kid”, the focus is on Rothrock and Wilson, who take an unruly and troubled young relative to their Florida beach town after the death of his mother. Soon, in an effort to channel his anger and rage, they begin to teach him martial arts.