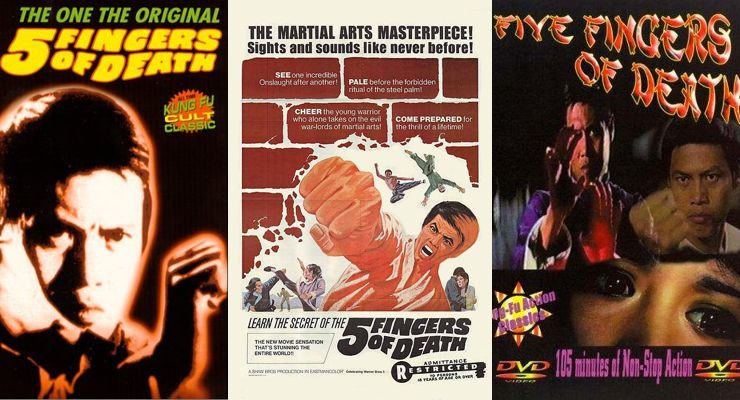 The film was released in the United States by Warner Bros. in March 1973,

Five Fingers of Death (1972) was the movie responsible for making Kung Fu movies popular in North American in the 1970s. However Bruce Lee’s Enter the Dragon overshadowed this film later in the year.

Five Fingers of Death (1972) has a cult following in the United States and it was even referenced in one of Quentin Tarantino’s films, Kill Bill.

Plot:
Five Fingers of Death (1972) is about a young martial arts student, Chi-Hao Chao, who has spent a good portion of his life studying under a master, Wu-yang Sung, and during this time he has fallen in love with his master’s daughter, Yin-Yin. After the master fails to defeat a group of thugs, led by a local martial arts tyrant, Dung-Shun Ming, the master sends Chi-Hao to study under a superior master, Chin-Pei Shen. He instructs Chi-Hao to learn from Chin-Pei so that he can defeat the local martial arts tyrant, Dung-Shun Ming, in an upcoming tournament. The defeat of Dung-Shun Ming is the only way Chi-Hao will earn his daughters hand in marriage.