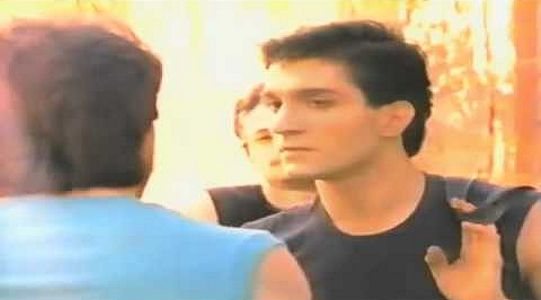 I just love it when I come across one of our authors on USAdojo.com in an unexpected place. We discovered Jim Wagner playing the role of a gang member in Gospel Films movie Fury To Freedom (1985) directed by Erik Jacobson. The movie is about the life of another martial artist, Raul Ries, a Vietnam veteran who was going to kill his wife but ends up becoming a preacher. Raul Ries is a martial artists who life was transformed.

Fury To Freedom is the true story of Raul Ries. Raul abused his wife and hated his father. His name stood for fear, for fighting, and for fury. To his high school friends, he was a violent, dangerous combatant. In Vietnam, he was a top-notch fighting Marine, yet a danger to his own commanding officer. To others he was a kung-fu expert, but to his family he was a time-bomb waiting to explode. One night, a miracle led Raul from black rage into inner peace. Raul Ries was never the same. What could change the heart of a man from a desire to kill his own father and family, to a passion to save them?