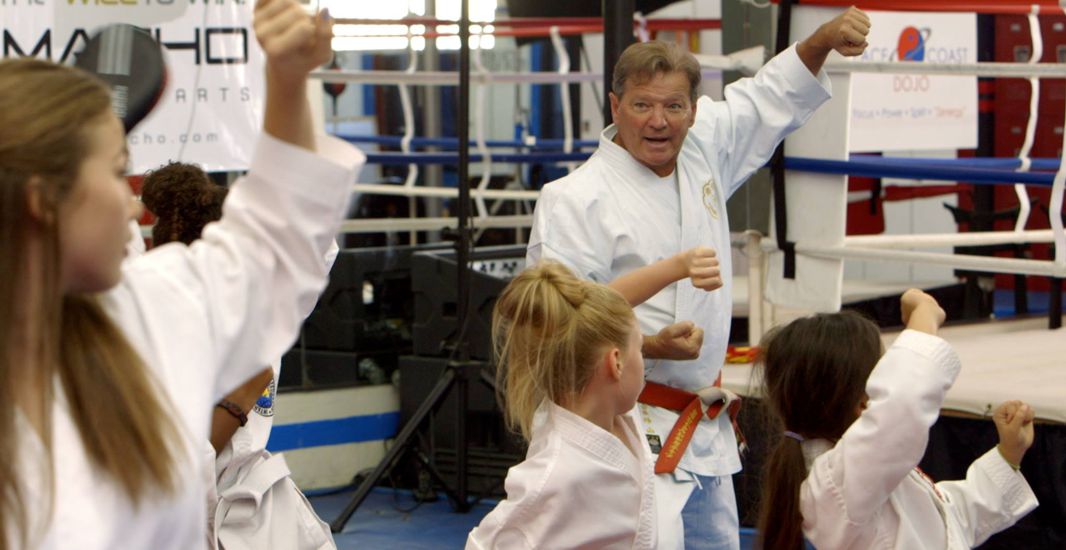 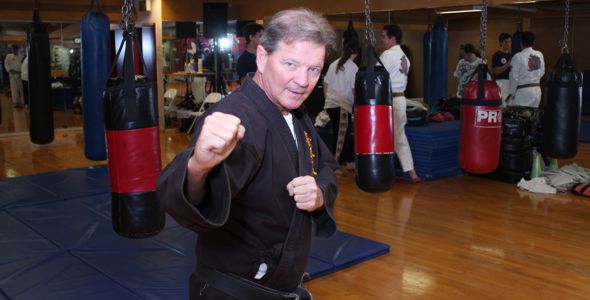 Gerry Blanck – along with the other seven names announced yesterday – certainly qualifies.

He won a world kickboxing title a year later, landed a few film parts in Hollywood and countless photos in magazines. Back in 2012 he celebrated his most lasting achievement with the 30th anniversary of Gerry Blanck’s Martial Arts Center, still in Pacific Palisades where he’s taught thousands of kids and issued hundreds of black belts.

“It’s really rewarding to see so many students come back and hear what they’re doing,” Gerry Blanck said to the publication “Westside People” back then. “It’s like being a part of their lives.”

In order to earn a black belt from Blanck’s studio, students must dedicate three to four years of training in the Yoshukai style of karate without any breaks. Other disciplines might require less time.

Gerry Blanck wants to make sure receiving a black belt from his school is regarded as a big honor. He feels the black belts from his school have added prestige because he makes sure his students work for every one of them.

A symbol of the rewards of hard work are also on display in other ways at Blanck’s school. For example, he keeps his world featherweight title belt from 1983 behind glass in the studio’s retail store where he sells everything from candy bars to punching bags. Among the piles of memorabilia, Blanck is especially proud of and held up a type of baseball card featuring karate champions with Blanck’s picture and statistics on the back.

Gerry Blanck is also no stranger to film. He knows virtually every martial arts star of significance in Hollywood and has appeared in two films himself – 1992’s Blackbelt and 1993’s “Full Contact”.

The Martial Arts Kid is set to shoot thi spring and is scheduled for a 2015 release.