Home Career Get Your Career In Action: Reel Ninja 2 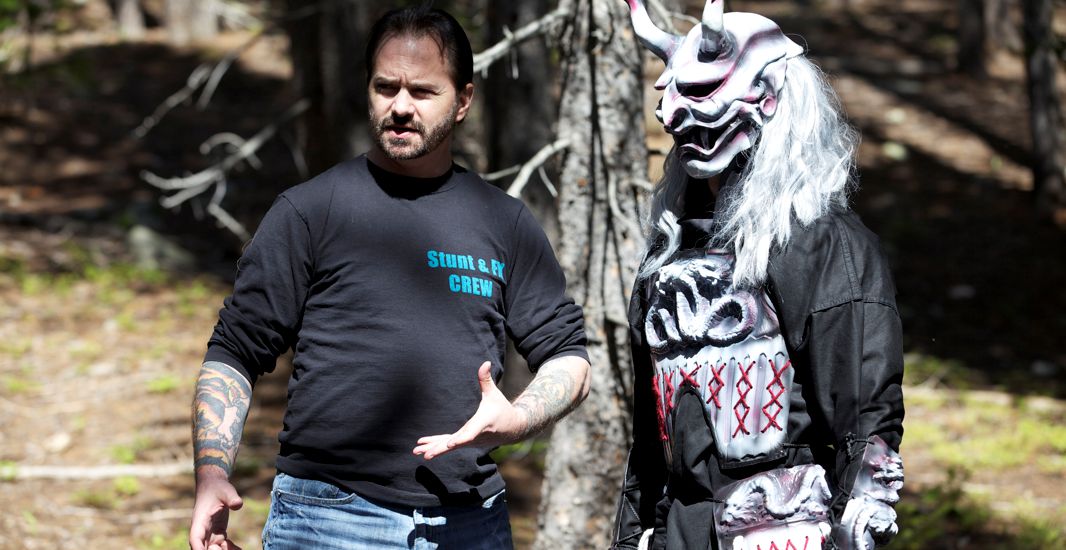 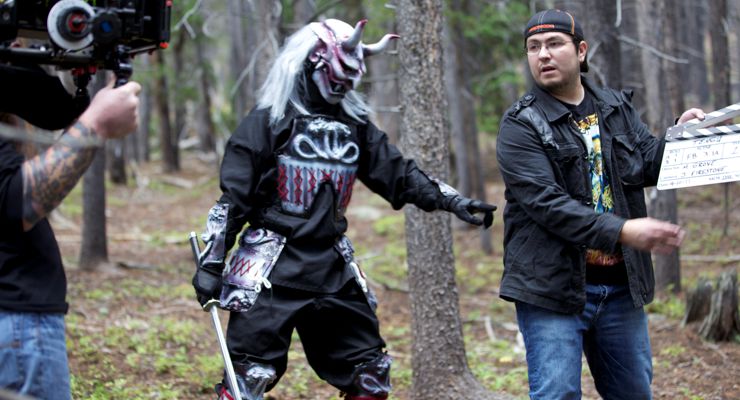 In the last installment of Get Your Career In Action: Reel Ninja, we talked about the history and art of Chambara (Japanese action films) and showed the first sequence of a choreographed sword fight. In this installment we will complete the choreography for that fight. But before we do, I would like to talk about how I plan out a fight scene’s action. 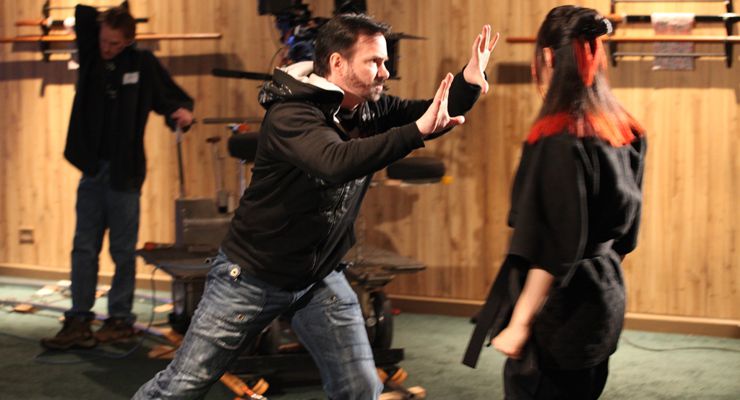 SAFETY / TALENTED PERFORMERS
Of first and foremost concern when shooting an action sequence is safety. It is most often left to the Stunt Coordinator and those directly involved in the scene to determine what safety precautions are necessary. Much of this safety is based on the experience level of the performers involved in the scene. Too many inexperienced film-makers make the mistake of hiring actors with very little fight training or martial artists with very little acting experience to fight in their projects. Both bad choices. Making a fight scene appear real requires a specialist who is trained in the art of fighting for camera. However, many scenes require the actors to perform the action themselves because, for whatever reason, they can’t be doubled effectively. In this case, extensive training and rehearsal is the best way to prepare them. That said, many stunt coordinators and fight choreographers know very well that they rarely get adequate time to prepare the talent and are often expected to have the fight “ready” in very little time. This always has a negative effect on the outcome of the scene which then has to be edited in a way that will hide all the flaws. But that’s the nature of the business. On the other end of the spectrum, larger productions often allow multiple weeks or even months to prepare the talent for the action sequences. In either case, the aspect of safety is will always be paramount.

DEVELOPING A FIGHT SCENE
When I break down a script’s action sequences (in this case those dealing with physical fights), the first thing I do is put each fight into one of three categories. I find that this helps me keep everything in perspective as to each individual fights dramatic importance within the overall film. 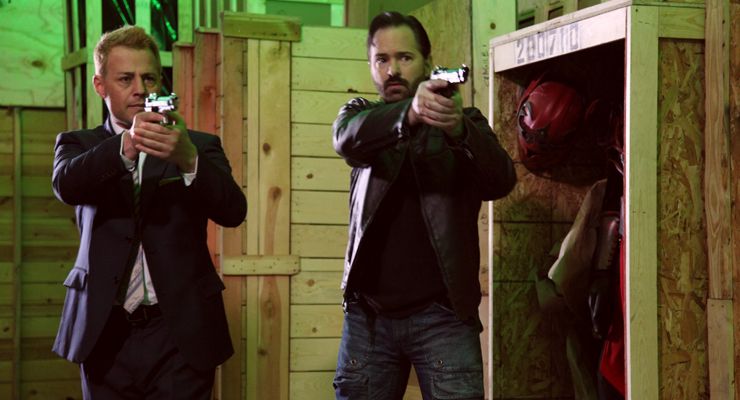 CATEGORY ONE: ESTABLISHING FIGHT SCENE
An ESTABLISHING fight scene is used to demonstrate the skills possessed by the lead character(s) that will be seen by the audience for the first time. These sequences are often used to highlight the awesome skills of the main hero and his allies or the viciousness of the villain and his henchmen. They usually happen early in the film so the audience understands the character(s) better. In the case of villains, these scenes usually entail harsh attacks on inferior opponents. In the case of heroes, it is not uncommon to have their skills displayed in training scenarios or against low level bad guys. Either way, once these skills are established, the audience has a taste of what they can expect as the film progresses. The choreography in these fights usually gets right to the point and they are not overly complex. Obviously, these scenes come early in the film.

CATEGORY TWO: MINOR FIGHT SCENE
A MINOR fight scene pits characters against generic opponents to maintain a flow of action. These are most often bar fights, guards or any other throw away characters that provide cannon fodder for the heroic star. In most cases we can see these fights coming from a mile away. The hero enters a pub and we see a bunch of tough looking guys wearing plaid shirts and bandanas. An obvious set up for a quick beat down. These scenes are important to keep the action in the film moving forward by giving the audience a quick adrenaline burst. The choreography is usually a bit more complex than an establishing fight scene because the level of intensity of each fight scene should grow as the film progresses.

CATEGORY THREE: MAJOR FIGHT SCENE
MAJOR fight scenes are the most impressive. These are usually pivotal sequences between the lead protagonist(s) and lead antagonist(s). These fights are the epitome of good versus evil, the whole reason someone watches the film. The hero usually goes through tremendous hardships to reach the climactic battle with the main villain. Often times these fights are multi-level. The hero battles through various minions before reaching the ominous bad guy. Much more time and effort goes into this type of choreography because these scenes must be intense and bring the action in the film to a close.

CHOREOGRAPHING THE FIGHT SEQUENCES
Regardless of the type of fight scene, I have found that breaking a fight into a multitude of shorter sequences is the easiest and safest way to shoot the action. In essence, attack and counter is considered to be a single move. Each sequence begins with the last two moves of the sequence before it, which makes it easier to edit together. Each sequence leads into the next until the fight is completed. To tie it all together, it is important to get various angles of each sequences as well as special shots that show off any important aspects of the fight.

THE PAYOFF
As with all types of action, there is always a Payoff. It is very important that the viewer gets to experience the end result of any action. For example; the hero is fighting the villain. The hero punches the villain, knocking him to the ground. The Payoff is what happens as a result of the punch, which in this case, would be the fall. The camera should be placed on the ground so the villain falls right into it. Thus, a good payoff comes “to” the camera. The payoff is not only important in unarmed fights, but also high falls, car chases, body burns, gun fights, etc. If a bad guy falls off a building and then we look over the edge of the building and just see him lying on the ground, we did not get to witness the majority of the fall or the impact on the ground. Even though there may be an emotional payoff, there isn’t a visual payoff. Action fans want to see the fall through the air, see the crash through the roof, and see the abrupt impact at the end. This is the Payoff.

CAPTURING THE ACTION
Cameras are the tools with which we capture the fight choreography, but shooting an action sequence is actually very difficult. It requires a firm knowledge of how to properly place cameras in order to deliver the best possible take on the action. It also requires an “Editors eye” if it is going to cut together easily. These two factors serve as the guideline for starting the process. One must learn to communicate with the camera in a very intimate fashion, forming a solid relationship that ensures that the captured image is the best it can possibly be. This is a union between the camera operator and the performer. If either one of these two are incapable, then the finished product will be mediocre at best. The Camera operator must understand the flow of the fight and know how to move the camera to capture the best angles. The performer must be able to play to the camera at every turn, knowing how to adapt their technique as it changes position. 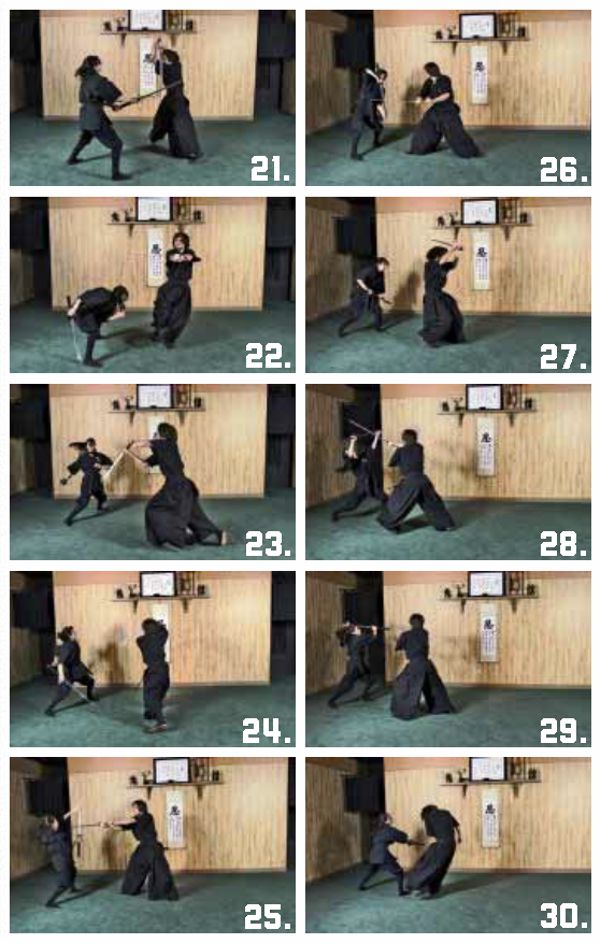 In conclusion – Like all things, each stunt coordinator or fight choreographer will have their own method of approaching a fight scene, but the one thing that will remain the same in all cases is “Safety”. Your job…train hard, get the skills, understand the arena, learn the tricks of the trade…and have fun putting it all together to create exciting fight scenes. Until next time.

Get Your Career In Action: Reel Ninja 3 – Supernaturally Enhanced Combat in Entertainment