Home Who's Who Interview with John Kreng Part 4 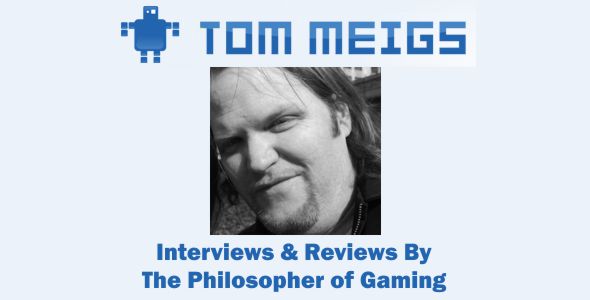 1) Do you rehearse moves differently for motion capture than for live action?

John Kreng: Yes, the emphasis on the moves are much different. When you perform live it’s one take and it has to be effective so that the person in the bleachers will react as strongly as the one in the front row.

With Mo-Cap, you have to figure out all the possibilities for each character and what they would do because the results are non-linear, quite different from what we would get traditionally in a film or in front of a live audience.  Mo-cap is much more strenuous than doing stunts for film or TV- usually because of all the options each character has to go through in a game as opposed to the definite ending a character has on a show.

2) What do you use to stay current on the best upcoming fight films?

John Kreng: I don’t advocate illegally downloading movies for several reasons: (1) Right now it is killing Asian cinema because of the rampant pirating that’s going on in Asia, (2) You also do not know what version you are getting — you might be getting an editor’s work print that is not final with all the bells and whistles and that takes the magic out of it, (3) You also never know the quality, and if it’s been censored or cut.

I usually go to websites like twitchfilm.com and kungfucinema.com to know what’s out there.  I also have a region free player to stay on top of things that plays DVDs from all over the world and is not locked to one specific region. When I was writing my book I had a healthy collection of over 3000 (yes, three thousand) DVDs at my disposal.

I do not wait for a foreign film to be released domestically because it takes way too long to get picked up and often times it’s edited and/or poorly dubbed.  It can take 2-3 years (or even longer) to get a film released here domestically.  By then it’s already old and we’ve already moved onto the next big thing.  Look at BATTLE ROYALE.  It came out in 2000, and has never been officially released here for various reasons (mainly financial) beyond our control.  If it came out now, it might make an impact, but the core audience already has a bootleg or foreign copy of it.

What I love about living in Los Angeles is I can get imported DVDs from almost all over the world by just getting in my car and driving into different ethnic burrows around the city.  In one day I can go to Little India and buy the DVD of KRRISH.  Then go to Thai-town and get the latest Tony Jaa DVD and catch some chicken curry while listening to a Thai Elvis impersonator, then in 10 minutes be over in Koreatown to get their latest and greatest.  Then dash over to Alhambra/Monterey Park and get the newest films from China, Hong Kong, and Taiwan.  Or, I could go to a block of Russian stores near West Hollywood and get their newest films. Then to top things off, I would go to Amoeba Records and be a scavenger and try to find  some DVDs on sale.

Sometimes, when hunting down these movies they won’t have subtitles, but sometimes they do.  It’s that sense of going into places you have never gone to and exploring something outside of my normal comfort zone that excites me.  Call me the Lewis and Clark of DVDs.  I’m not the only one that does this either.  I have a few friends who do this too.

Currently, I am jonesing over getting my grubby paws on a copy of BANGKOK KNOCKOUT.  The new movie by Panna Rittikrai – who trained and choreographed Tony Jaa in Ong Bak.

You might ask why I am doing all this?  As a stunt coordinator and fight choreographer, I feel you have to see what everyone else is doing so you don’t copy someone’s else’s work and also stay ahead of the curve by seeing the trends and what everyone else is doing.  I don’t mean domestically, but globally.  I have discovered there are always new and cool ways of expressing how we fight, because it is a cultural thing and is different with each culture, along with each individual filmmaker’s statement of how they see/interpret violence or action.  Generally, in the West, we are obsessed with power and it shows in our action films!  One punch or kick knockouts, huge explosions, etc.

3) How do you decide which posters to go after in your collection?

John Kreng: If I can afford it and it’s got great art, then it has to be mine.  Also for me, personally, there has to be some kind of exploitative element to it.  It can be the movie’s title, catch phrase, and/or enticing artwork that makes you stop dead in your tracks and want to go into the theater.  It’s as if the movie poster wants to reach out and grab you to pull you into the theater. Most of the movie posters today, generally play it safe and lack any real style and don’t have that P.T. Barnum or William Castle style of salesmanship.  It’s just a poster of the lead actor done with photoshop.  B-O-R-I-N-G!

For some odd reason, I do not always look for old posters that are in mint condition.  Mind you, if I found one in mint condition and it was something I wanted for my collection and was affordable, I’d get it.  But there is something to be said about a tattered poster from the 60’s and 70’s that shows it has been around for a while.  There is a certain personality the poster takes on.  It’s done it’s job, been around the block, and has seen many things over the years.  If only those posters could talk.

4) If you loved Inframan, what’s the next movie you should see?

John Kreng: Hmmm.. that’s a tough act to follow.  But I say go back to the original.. the 1966 Ultraman TV series.  I still love that series.  Even though it’s formulaic and the characters are very archetypical, but for me… it still works. If that does not float your boat, try FRANKENSTEIN CONQUERS THE WORLD, DESTROY ALL MONSTERS, KING KONG VS. GODZILLA, and/or WAR OF THE GARGANTUAS.  BUT.. if you want something really cheesy, I suggest MIGHTY PEKING MAN!

John Kreng: You would have to get me to constantly shut up because I’d be laughing so hard at how inept Canseco would look trying to attempt hitting Bruce. Let’s think about this…. What would be Jose’s game plan going into the ring?  ”Duh, I’m bigger and stronger than him and I would just man-handle the little f**ker!” Yeah, great idea, Jose!  Just because you are a professional athlete does not mean you are a bad ass.  All it means is that you are VERY good at a certain skill set.  Hey, but ya gotta give him applauds for having the courage to get in the ring.  I think every celebrity has beaten him already.  Who’s next for him?  Gilbert Gottfried?

6) Would you cut a hole in YOUR roof to let bamboo grow?

John Kreng: It would depend on where I lived and if it was a “money tree” or not!

7) Do you remember when you tried to give me a boob twister but I jumped over a bicycle tire without spilling a coffee?  Am I now worthy of training with you?  sheeez.

John Kreng: Yes, and you did it without the assist of wires.  Yuen Woo Ping would be proud of you.