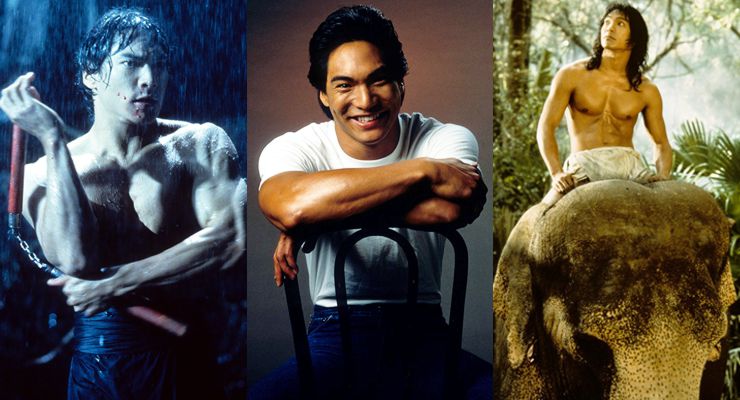 American actor and martial artist, Jason Scott Lee, is of Hawaiian and Chinese descent. He is best known for his roles as Bruce Lee in the martial arts film Dragon: The Bruce Lee Story (1993), and as Mowgli in Disney’s live-action adaptation of The Jungle Book (1994).

Jason Scott Lee is of Hawaiian and Chinese descent. He was born in Los Angeles, California, but raised in Hawaii from the age of two. His interest in acting began in high school. It excelled further when he enrolled in Fullerton College, where he studied under acting coach Sal Romeo. His first film role was in Born in East L.A. (1987) and then in Back to the Future Part II (1989). He played his first leading role portraying Bruce Lee in the biopic Dragon: The Bruce Lee Story (1993) and this is when he began training in Jeet Kune Do for his portrayal of Bruce Lee. He continued training and does so currently. He is a certified Jeet Kune Do instructor under former Bruce Lee student Jerry Poteet (deceased).

Jason Scott Lee played leading roles in other films such as Map of the Human Heart (1993) and Rapa-Nui (1994). He starred as Mowgli in the live-action adaptation of Rudyard Kipling’s The Jungle Book (1994). Lee was originally considered for the role of Liu Kang in the film Mortal Kombat (1995), but Lee turned down the role and was replaced by Robin Shou. Lee played Caine 607 in the film Soldier (1998), along with Kurt Russell and Mortal Kombat film director Paul Anderson. He played Aladdin in the miniseries Arabian Nights (2000). He did voice-over work for the Disney animated adventure film Lilo & Stitch (2002).

Jason Scott Lee went on to appear in several direct-to-video films such as Dracula II: Ascension (2001), Timecop 2: The Berlin Decision (2003), and The Prophecy: Forsaken (2005). Lee is among the actors, producers and directors interviewed in the documentary The Slanted Screen (2006), directed by Jeff Adachi, about the representation of Asian and Asian American men in Hollywood.

Jason Scott Lee played Eddie in the sports comedy film Balls of Fury (2007), in his first theatrical release film since 2002. Lee performed as The King of Siam in the Rodgers and Hammerstein musical The King and I in a production at the London Palladium in 2000 opposite Elaine Paige. Lee made his operatic debut in the non-singing role of Pasha Selim in Hawaii Opera Theatre’s production of Mozart’s Abduction from the Seraglio at the Blaisdell Concert Hall in Honolulu in February 2009.

Lee was also to perform as The King of Siam in the 2014 Opera Australia production of The King and I in Melbourne opposite Lisa McCune, but was injured, and Lou Diamond Phillips came in to fill his role.