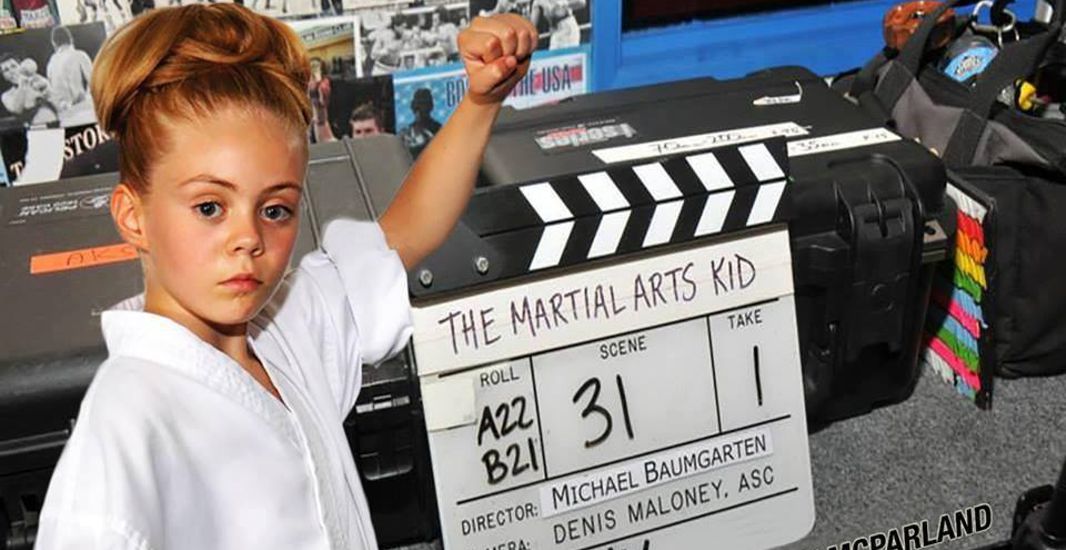 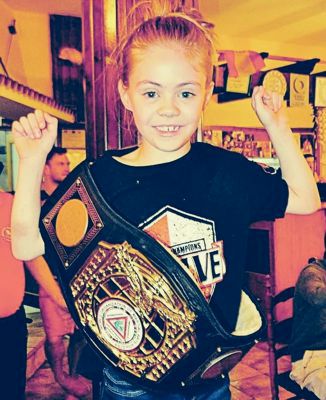 As if first taking Ireland and then the martial arts world by storm by the age of eight weren’t enough, Jesse-Jane McParland has been added to an increasingly legendary cast in “The Martial Arts Kid”.

McParland started her martial arts training at the age of three – and the Irish-born Jesse-Jane immediately took to it like a fish to water.

“I fell in love with it”, says McParland. “I am always looking and watching for new things and the way they did them many years ago”.

With the guidance and help of Sifu Naiem Qureshi, McParland truly has become a “Golden Dragon”.

McParland has won an incredible 117 titles and has yet to reach her ninth birthday!

Even more incredible, McParland has become the WKC youngest female world champion and a 9-time WOMAA European Champion among other amazing accomplishments.

Given all she has achieved, it is still somewhat surprising to hear “JJ Golden Dragon” gush like almost every other eight year-old would at the prospect of being in their first film.

“I really don’t know my role yet, but whatever it is, I am so excited to be in ‘The Martial Arts Kid'”, says McParland. “I love all martial arts – especially the traditional martial arts.”

“I do many different kinds of patterns and katas and Chinese fourms. It has been a great foundation to me to move forward into extreme forums”, McParland concludes. “I am so excited to be in this movie”.