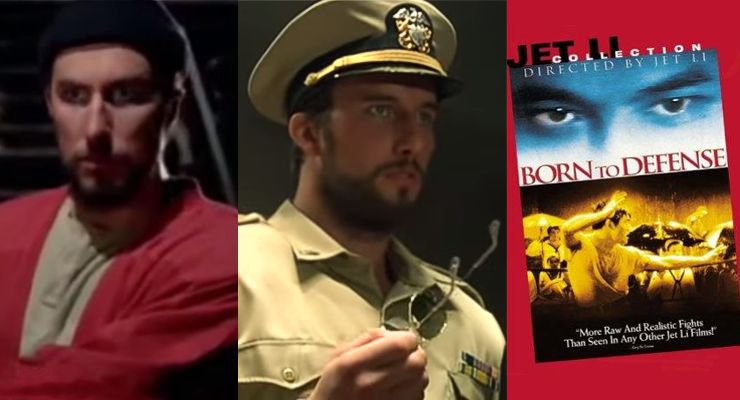 Kurt Roland Petersson was born on January 21, 1958 in Luleå, Norrbottens län, Sweden and he was murdered on July 12, 2003 in Barcelona, Spain.

Kirt was an actor, known for Born to Defense (1986) and Bruce Lee’s Dragons Fight Back (1985). He died on July 12, 2003 in Barcelona, Spain. In the late 1970s and early 1980s Kurt Roland Pettersson was a pacesetter in Swedish martial arts. He trained in karate to an elite level and was one of the first Swedish practitioners of Kickboxing.

Kurt was a friend of Dolph Lundgren. They had the same karate coach. They sparred wtih one other and competed together on the same national team in the late 1970’s and early 1980’s

Kurt Roland Pettersson, who played American Captain Hans, the anti-hero who consistently fights against Jet Li in Born to Defence (1986), was murdered in a square in central Barcelona, Spain. It is thought that the perpetrator killed him with a karate chop to the throat which crushed his trachea. According to police, he was also beaten in the head with a round object, probably an iron pipe. He was only 45 years old. Spanish police had hoped, with the help of witnesses, to identify his killers by examining the Swede’s last hours alive, but they discovered that there were no witness except those involved in the murder.

Kurt had lived in Spain for a number of years and had recently moved to central Barcelona after having lived in a small village a few miles north of the city. He was working there at a gym as a fitness coach. Early on a Saturday morning the Swede was on his way home after visiting a nightclub. Accompanying him were another five or six people. At a public square, Plaza galla placídia, they got in a quarrel with another group of people. During the brawl Kurt was struck in the throat with a strike hard enough to crush his trachea. According to police, he was also beaten in the head with a round object, probably an iron pipe.

Unable to withstand the onslaught, the rest of those accompanying Kurt fled the scene. It took two days for the Spanish police to identify the Swede’s body as there were no identifying papers when police found him. After having described the Swede’s appearance to merchants in the area around the murder scene, police finally managed to determine who the victim was.

According to police, there were no witnesses to the fight except for those involved. Police searched for those who accompanied Kurt that evening in order to obtain more details about the fight, but no one ever came forward, possibly because they feared prosecution.

Eventually, in an attempt to obtain new information on the murder, the police, with the family’s permission, put photos of Kurt Roland Pettersson in the Spanish press.

We are still uncertain what took place and why Kurt was killed.