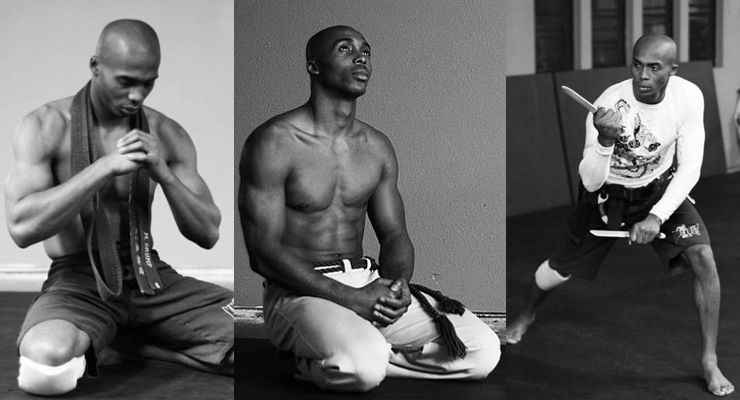 Marrese Crump is a martial artist, martial arts instructor, an author and an actor who has had the opportunity to fight some of the action entertainment industry’s most respected action actors. He is known for Warrior King 2 (2013) (2013), The Man with the Iron Fists (2012), Wrong Side of Town (2010) (2010).

Marrese Crump was born on January 4th, 1982 in Lakeland, Florida. He spent most of his childhood in a southeast suburb of Tampa Florida called Progress Village. He grew up participating in the sports of football, basketball and track, but his true passion has always been martial arts. Bruce Lee films contributed to Crump’s passion for martial arts. At the age of 7 he watched his first Bruce Lee films and, like so many other young kids, he began to imitate Bruce Lee’s fighting moves. His older brother introduced him to Master Kim-Jae and at the age of 7, he began to train under Master Kim-Jae where he was taught the concept of integration. Following the advice of his teacher, he emersed himself in arts from all over the world; Karate, Muay Thai, Kung Fu, Capoeira, western boxing, Filipino Martial Arts, Taekwondo and Ninjutsu. While following this path he received training from some of the world’s top masters and grandmasters of our time. With the blessings of his teachers, Marrese Crump opened his first training facility at the age of 18 and transitioned it into one of the most respected academies in the Tampa area. In 2005 he closed his school to pursue a career in movies.

Wrestling legend Dave Batista goes to Marrese Crump for combat strategy and martial arts instruction. Crump had a vision. He wanted to utilize the power and knowledge of each unique art form in action films, so he headed for Hollywood and dedicated all his time and energy to the movie making process. Upon entering the film industry, Marrese sought out the best in action design in Panna Rittikrai. Panna was the mastermind behind the action of Tony Jaa and Jija Yanin in movies such as Ong Bak, The Protector and Chocolate (2008). Marrese recognized that Panna brought realistic elements of the martial arts to the design of his action, and knew Panna’s style would be a great fit for his own skill. Marrese traveled to Thailand to meet with Panna for a chance to work with him, Panna was impressed with Marrese’s skill and versatility and he took Marrese under his wing and made him his American protege. Until his death, Panna continued to pass on his knowledge and legacy to Marrese to help bring the martial arts genre to the next level internationally. The two men had been collaborating on a book about the philosophy of Panna’s action design style and it’s future.

The first project Marrese Crump did in movies was a G.I. Joe fan film called G.I. Joe: Battle for the Serpent Stone (2007). He served as the action coordinator for the film. After this film he decided that he wanted his focus to be on acting, so he passed up invitations to be a stunt performer. Wrong Side of Town (2010) was Crump’s first major role as Markus, alongside Rob Van Dam, Dave Bautista and Ja Rule. Marrese also served as fight choreographer on the production, mapping out several of the movies’ fight scenes, including Crump’s character Markus versus Big Ronnie (played by Dave Bautista).

Marrese Crump has spent his entire life pursuing personal growth through the study of the martial way. His quest for knowledge has led him on many journeys seeking self mastery, training with some of the greatest masters of our time.

It is my vision to take what I have learned from my masters and put that quality of movement and energy to action movies. – Marrese Crump