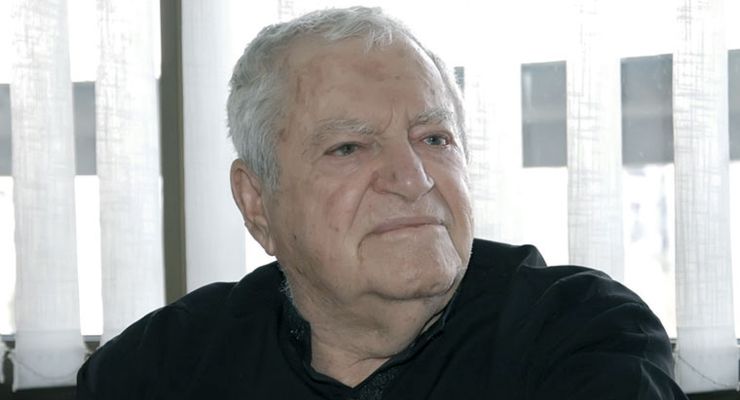 Menahem Golan was born on May 31, 1929 in Tiberias, then Mandate Palestine. He was an Israeli director and producer who studied directing at the Old Vic School and the London Academy of Music and Dramatic Art, and filmmaking at New York University.

Menahem Golan produced movies for such stars as Sean Connery, Sylvester Stallone, Chuck Norris, Jean-Claude Van Damme, and Charles Bronson, and was known for a period as a producer of comic book-style movies like Masters of the Universe, Superman IV: The Quest for Peace, Captain America, and his aborted attempt to bring Spider-Man to the silver screen. Using the pen name of Joseph Goldman, Golan also wrote and “polished” film scripts. He was co-owner of Golan-Globus with his cousin Yoram Globus. Golan produced about 200 films, directed 44, won 8 times the Violin David Awards and The Israel Prize in Cinema.

Menahem Golan started out as an apprentice at Habima Theater in Tel Aviv. He completed his studies in theater direction, and went on to stage plays in Israel. He gained experience as a filmmaker by working as an assistant to Roger Corman.

As a director, Menahem Golan is probably most known for his 1977 film Operation Thunderbolt (Mivtsa Yonatan), about the Israeli raid on Entebbe airport in Uganda. He also produced the 1978 film Eskimo Limon (Lemon Popsicle), spawning many sequels and an American remake named The Last American Virgin.

In 1979, Menahem Golan did an adaptation of an Isaac Bashevis Singer novel entitled The Magician of Lublin. Golan was responsible for the 1980 musical The Apple, an unusual moral fable with a rock-disco soundtrack which appears on a number of lists of all-time-worst movies, but has developed a following as a cult film.

Golan’s production company The Cannon Group which he began with his cousin, Yoram Globus, produced a long line of movies during the 1980s and early 1990s, such as Delta Force, Runaway Train, and some of the Death Wish sequels. In 1986, Cannon was taken over by Pathe Communications. Menahem Golan produced several comic book-style movies in the latter half of the 1980s, perhaps most notably Masters of the Universe, based on the toys of the same name and inspired by the comics work of Jack Kirby. In 1987, Cannon gained infamy after their U.K.-based production of Superman IV: The Quest for Peace failed in theaters and provoked a negative backlash from fans. In 1989 Golan resigned from Cannon, and by 1993 it had folded. Immediately following Cannon’s collapse, Golan became head of 21st Century Film Corporation and produced several medium-budget films.

Menahem Golan was hoping to film Spider-Man in 1986 at Cannon studios in United Kingdom, and shoot the exteriors in Tel-Aviv, Israel. Dolph Lundgren was envisioned as the Green Goblin and Spider-Man creator Stan Lee was approached to cameo as J. Jonah Jameson. Golan struggled for years to produce the Marvel Comics character, but failed after 21st Century Film Corporation went bankrupt and folded in 1996, along with Carolco Pictures, another production company that had agreed to help Golan finance the film. Sony Pictures eventually got the Spider-Man rights and produced the first film in 2002. In 2002 Menahem Golan released his adaptation of Crime and Punishment.

Menahem Golan died in the early hours of August 8, 2014 while visiting Jaffa, Tel Aviv with family members. Paramedics attempted to resuscitate him, but were forced to pronounced him dead. Menahem Golan was 85 years old. During the Israeli War of Independence Golan had served as a pilot in the Israeli Air Force.