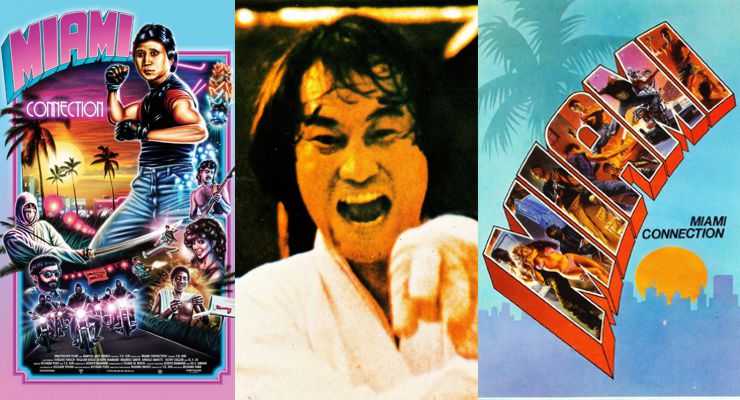 Forty years ago, a homeless Korean immigrant, Y. K. Kim, built an Orlando martial arts empire. In 1987, he recruited his devoted students to act as amateur cast and crew for his ill-fated action movie, Miami Connection (1987), which follows a TaeKwondo themed synth rock band in their battle against drug-dealing motorcycle ninjas. Today the film is a cult classic.

Yeong-Mun Kwon was the stunt choreographer for Miami Connection. He was Sylvester Stallone’s and Muhammad Ali’s tae kwon do instructor. There was only one stuntman in the film, John F. Escobar, and he went uncredited. Songs were by Lloyd C. Sharpe.

Miami Connection (1987) is about a martial arts rock band who go up against a band of motorcycle ninjas who have tightened their grip on Florida’s narcotics trade. It was filmed in Daytona, Florida.