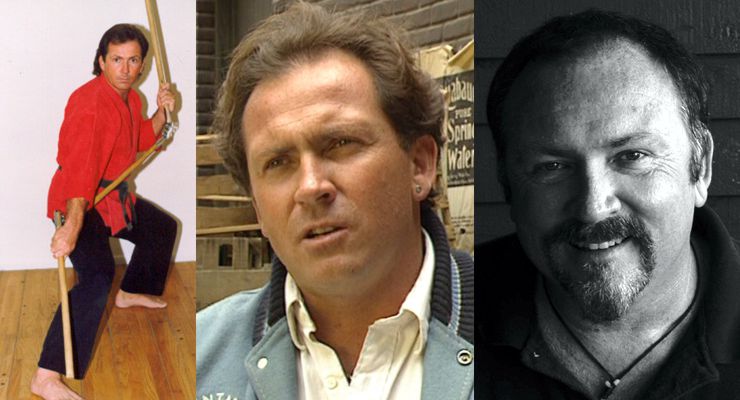 Michael Vendrell was the last remaining master of Yee Chuan Tao in the world. He began training in the art with Grandmaster Leong when he was 3 years old. By the age of 16 Michael had passed a very rigorous 48-hour test to become the next and only master of the Yee Chuan Tao system in the world. For the next three years he fought in underground no-rules cage-fighting, and he never lost a match. However, it was Michael Vendrell’s belief that love is more important than violence, and that martial arts should be taught with more cooperation than competition. He believed that peace and harmony are the ultimate goals of a martial art, not aggression. Michael Vendrel studied a variety of martial arts so he could be well-versed in all forms of hand-to-hand combat, and achieved the level of Teacher in over 20 systems, including Judo, which he studied for six years with the famous Judo Gene LeBell. Even though he achieved black belt in many systems, Sifu Mike didn’t like to refer to “black belts” or other belt levels, for there are no levels in any true art. For Kung Fu, there is only “student” and “teacher.” After having studied all those other systems, Michael still believed that Yee Chuan Tao Kung Fu is the most effective of them all.

During his 47 years as a martial artist and 28 years as a stuntman and stunt coordinator in motion pictures and television, Michael Vendrell taught and trained the likes of David Carradine, Pat Morita, Brandon Lee, Arnold Schwarzenegger and many others. Sifu Mike used his abilities in the movies, Yee Chuan, but he did not consider the art a sport, but an effective real world self-defense system.

Michael Vendrell used his abilities in the Chinese healing arts as well. He learned these arts as a child along with Kung Fu from Grandmaster Leong. All true masters can do both, using chi to hurt and to heal. Yee Chuan only “hurts” when someone attacks and there are only defensive moves in the non-violent art. Mike offered therapy in Chi Gung, Shiatsu and Gong healing, which is a unique form of healing that utilizes sound vibration. He treated injury and disease, and used his healing abilities for the general health and well-being of others.

In his book, The Spirit of Shaolin, David Carradine wrote about the first time he met and worked with Michael Vendrell on Fast Charlie, the Moonbeam Rider. At this time Mike was still working as a driver.

“Throughout the movie I studied with Mike informally. His coaching was almost always in sparring. He would match his style with mine, work at my level of proficiency, then gradually lift me to higher levels, changing styles rapidly and talking all the while –coaxing, teasing, threatening, praising, probing, story telling, philosophizing,”

“Mike gave me two very strong lessons: one in inventing my own animal forms and the other a powerful focusing exercise for specific development of chi strength,”

“Steve Carver, the director, turned out to be a real guy. He liked Mike and gave him his shot. Mike’s first stunt was crashing a motorcycle into a hay bale. Never having been on a bike, the crashing part was easy for him; coming out of it in one piece was the hard part. He made it through and then proved himself useful in other ways. Mike is a doctor of sorts. I have seen him–more than once–make an injury disappear on the spot. There was a lot of call for that kind of thing on Moonbeam Rider.

“He has healing hands and is adept at joint manipulation, reflexology, massage and other curative therapies, such as a passive skeletal alignment similar to the “Alexander technique”, and a “gong” therapy in which differently pitched massive bronze bells are placed around the subject’s body and struck alternately in patterns and cycles designed to clear blockage and align the chi. The amazing thing about all this is that is works. If this is hard to believe, you’ve got Mike exactly; hard to believe! I have seen him receive the dim mak, or “touch of death,” and survive it.

“Mike got his stunt card on that picture and made it into The Silent Flute. He’s now a stunt coordinator with many credits, including teaching kung fu to Arnold Schwarzenegger.” (From The Spirit of Shaolin, pp. 55-56, by David Carradine)

Martial arts master, healer, teacher and Hollywood stuntman, Michael Vendrell, of Kailua-Kona, died at home on February 17, 2013. He was born on November 18, 1953, in Los Angeles, California.